The integration of Facebook’s messaging apps is on the horizon, as the social media giant works towards allowing users to message across Instagram, Facebook Messenger and WhatsApp without needing to download each individual app.

Facebook’s most recent evolvement in this regard involves WhatsApp, specifically its introduction of an in-app prompt that, as of late Tuesday evening, began notifying thousands of users of a ‘terms and privacy policy’ update. 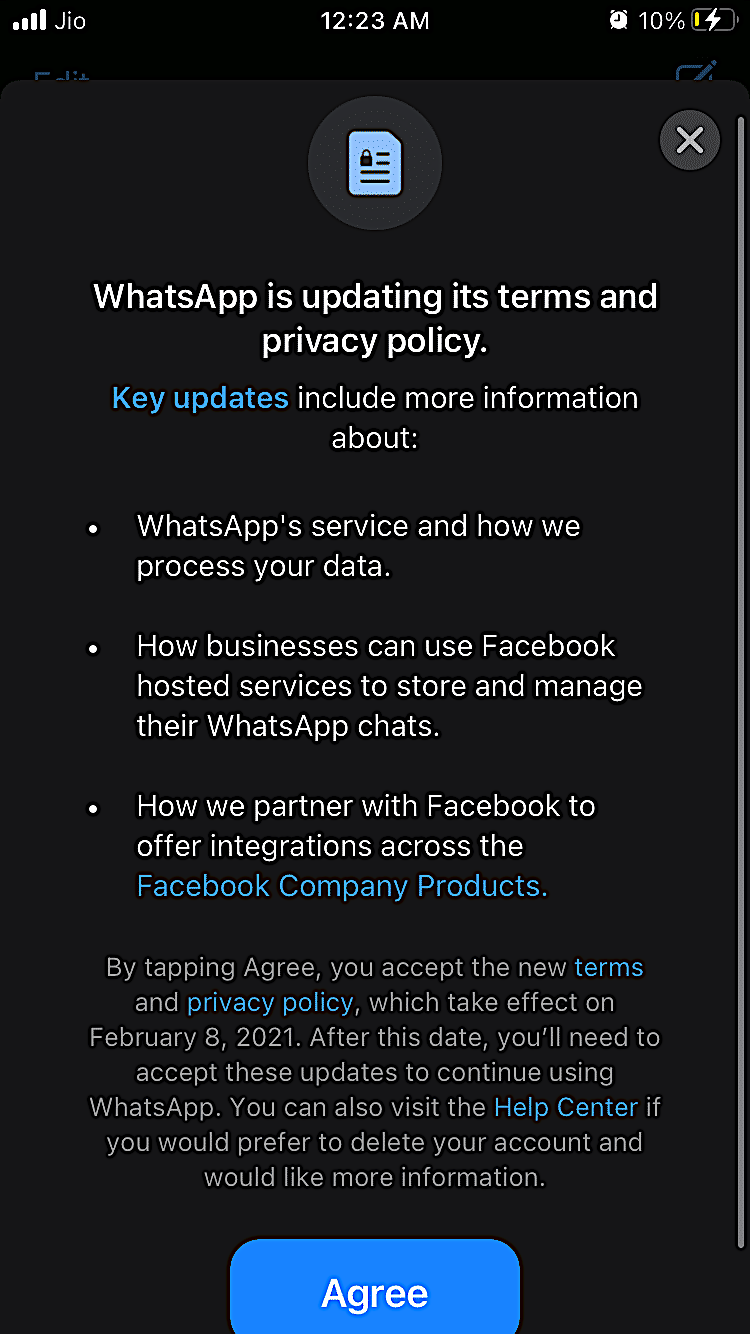 The update informed users that their data, such as their phone number, transaction data, IP address and interaction behaviour, will soon be shared between WhatsApp and Facebook.

Unlike with a similar notice that Facebook rolled out in July last year, acceptance is mandatory – users must ‘agree’ to these terms and conditions if they wish to continue using the instant messenger.

As reported by XDA Developers,“The new terms and privacy policy update builds upon a similar change WhatsApp announced in July last year, however in the previous update, WhatsApp gave users the option to “not have your WhatsApp account information shared with Facebook.” With the latest update, WhatsApp has done away with this option, and users will have to accept the new terms and privacy policy if they want to continue using the instant messenger.”

In India, WhatsApp’s updated privacy policy caused an uproar online, with many users Tweeting memes to express their objection to the sharing of their data.

Moreover, some experts and users believe that Facebook introduced this update to, calculatedly, unify its back-end systems. Facebook’s intent, under this theory, would be to make it more difficult for recent antitrust investigations to fractionate the technology conglomerate’s “monopoly” and destabilise its “monopoly power.”

Facebook, however, justified this recent development, stating that shared data is used for “understanding how our services or theirs are used,” “improving their services,” “making suggestions for you,” “personalising features and content,” and “showing relevant offers and ads across the Facebook Company Products.”

This change is set to take effect on February 8 2021 and will be a slick, albeit contentious, advancement in Facebook’s two-year long plan to cross-integrate its messaging apps. 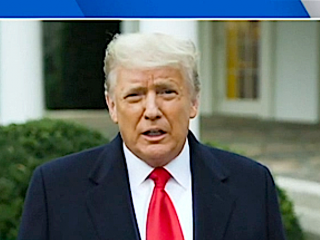 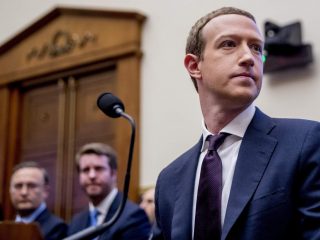 Next Post (n) Mark Zuckerberg has Spoken: The Indefinite Silencing of Trump