In Their Latest Update Head Of Instagram, Adam Moserri Announced That They Will Be Integrating NFTs Onto The Platform.

This update comes as no surprise as NFTs have been taking the digital world by storm (take our recent blog topics for example). With the huge potential earning potential for creators, Instagram has hopped on the bandwagon to help artists to sell their work.

Historically Instagram has been on board with helping creators in a number of ways. An example is an Instagram shop where users can buy pieces straight from an artist’s page. NFT details will be displayed in a similar way to tagged profiles and will be named ‘digital collectables’. Users will then be able to see the name of the creator and the owner. When a user has bought an NFT they will be able to display it on their main feed. Users who are part of this scheme will also have an NFT tab which will appear on their profile page. There will also be no fees associated with posting or sharing a digital collectable on your page. 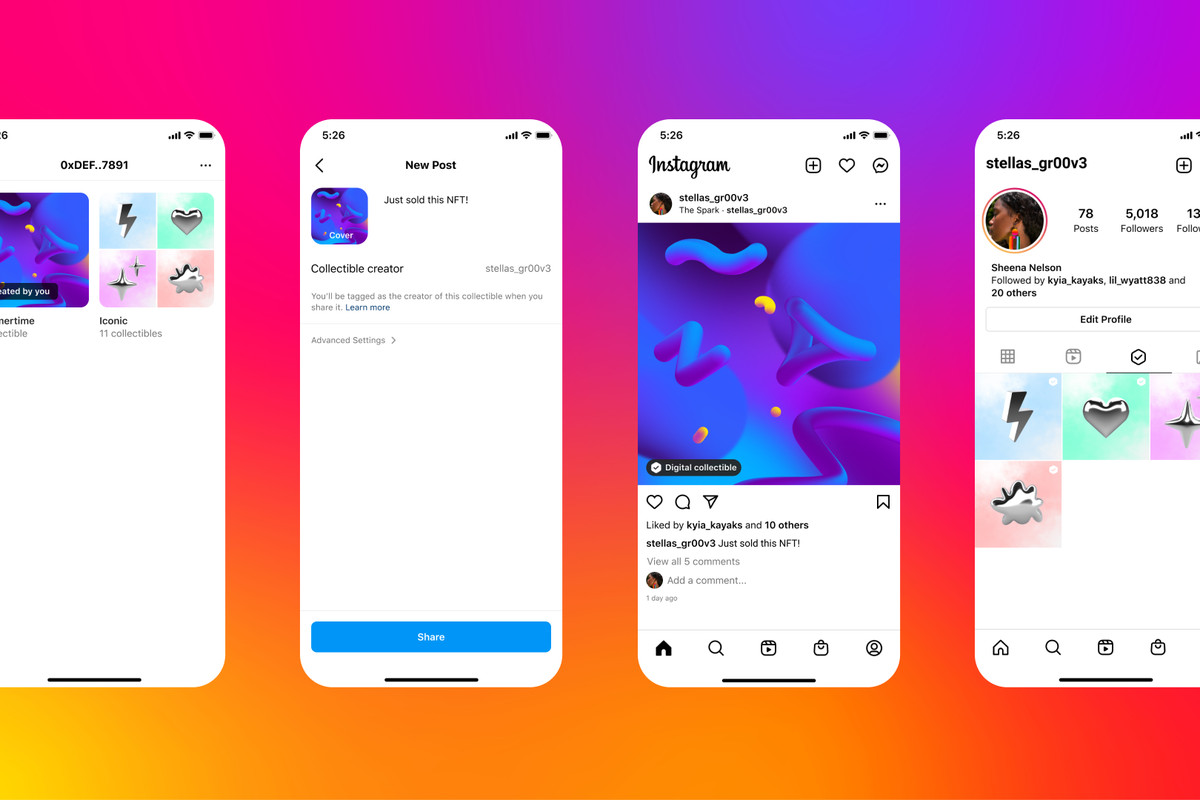 The new feature will currently only be available to a select few creators to test out how effective it will be and then hopefully be released to the wider public soon. Mosseri notes that this feature is also still a work in process and will adapt and change with the changing media environment. Currently, NFTs seem to be a foreign concept for a lot of people, being limited to digital interest communities rather than the general public. Adding NFTs to such a widely used platform may help them to be accessible to and used by a wider range of people.

When talks of introducing the feature were announced last June there were talks about NFT sales also being encouraged in the app. Although not yet announced, this feature would align with the goals that Moserri seems to want for the introduction of this feature.

As well as Instagram, Meta as a whole also seems to have plans to introduce NFTs with Mark Zuckerberg discussing introducing digital goods within the Metaverse. This new feature seems to be the way forward for these sites, but looking at the state of NFTs right now, it seems that this move maybe a little too late. The Wall Street Journal noted that there has been a 92% decline in NFT sales since September. This and other evidence surrounding the success of NFTs show us that NFTs may have come and now are going. Hopefully, with this investment by Meta, NFTs will be able to be rejuvenated and built upon so that they are able to become a foundational part of this new wave of digital change.