TikTok is known to have a golden touch when it comes to popularising new tracks and excavating old hits. Music, in the form of ‘Sounds,’ makes up a vital part of the video-sharing app’s fabric.

As part of an annual recap, TikTok revealed that over 176 different songs have now exceeded 1 billion video views as TikTok Sounds, whilst more than 70 artists that the app brought into the limelight have received major label deals.

So which are the songs and artists that have popped off in 2020?  TikTok has released insights into the top music moments on the platform this year…

To start, TikTok shared a list of the tracks that reached a billion views the fastest:

Canadian megastar Drake’s song “Toosie Slide” came in first place, and unsurprisingly Cardi B’s “WAP” followed straight after. Anyone who even occasionally browses TikTok will be familiar with the WAP dance, which blew up on on the app following the song’s release in August.

TikTok also revealed which genres have been most popular this year – Hip-Hop/Rap dominated the app, followed by Pop, R&B/Soul and electronic music. The full breakdown is shown in this pie-chart: 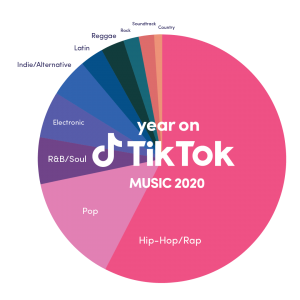 TikTok showed us the ten most viewed artists by catalog on TikTok in 2020.

Megan Thee Stallion came top, which is hardly a shock considering the popularity of the “Savage” dance around the time of the first lockdown.

Doja Cat nabbed second place, her songs “Say So,” “Boss Bitch” and many others forming an integral part of this year’s TikTok music scene. In and amongst these famous artists were up-and-coming artists, such as 24kGoldn, who’s upbeat song “Mood”  took off on TikTok at the end of summer.

TikTok is also known to revive songs that you might have even forgot existed. Here are the ones that made it onto the list:

In top place is Fleetwood Mac’s “Dreams,” released originally in 1977 and re-popularised on TikTok following 420DoggFace208’s  recording of himself sipping cranberry juice and cruising on his skateboard.

If you want to find out more about which emerging artists, niche discoveries and essential music moments made this year on TikTok special, the full review is available here. 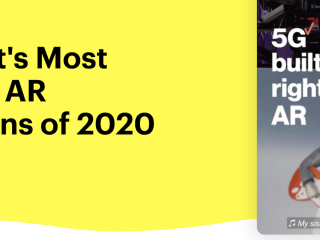 Next Post (n) A Year in Review: What Happened on Social Media in 2020