Nowadays, when you ask kids what their favourite TV channel is, most of them will respond with their favourite YouTube channel instead. With the rise of younger influencers and children’s channels on YouTube (i.e. Jojo Siwa and Ryan ToyrsReview), more and more children are turning to YouTube as their main source of entertainment. A recent study conducted by Variety revealed that children find YouTube content more entertaining and relatable than TV.

YouTube is noticing the predominance of active children users on their platform and is putting forward some features to enhance child safety. First and foremost, YouTube is suspending comments on videos featuring minors. Their aim is to lower and prevent the exposure and risk of predatory behaviour. Furthermore, they are launching a new classifier with improved AI moderator that aims to identify and remove predatory comments twice as effective than before. Lastly, they are working hard to scrape out channels that could potentially endanger children.

The Internet has made it so easy for, not just children, but users in general, to be immersed in a never-ending abyss of content. Which makes inappropriate and harmful content more susceptible than ever before, where parents are rendering it as “unsupervised play”. It is great to see YouTube actively promoting its platform as a safe environment for children with its safeguarding updates. 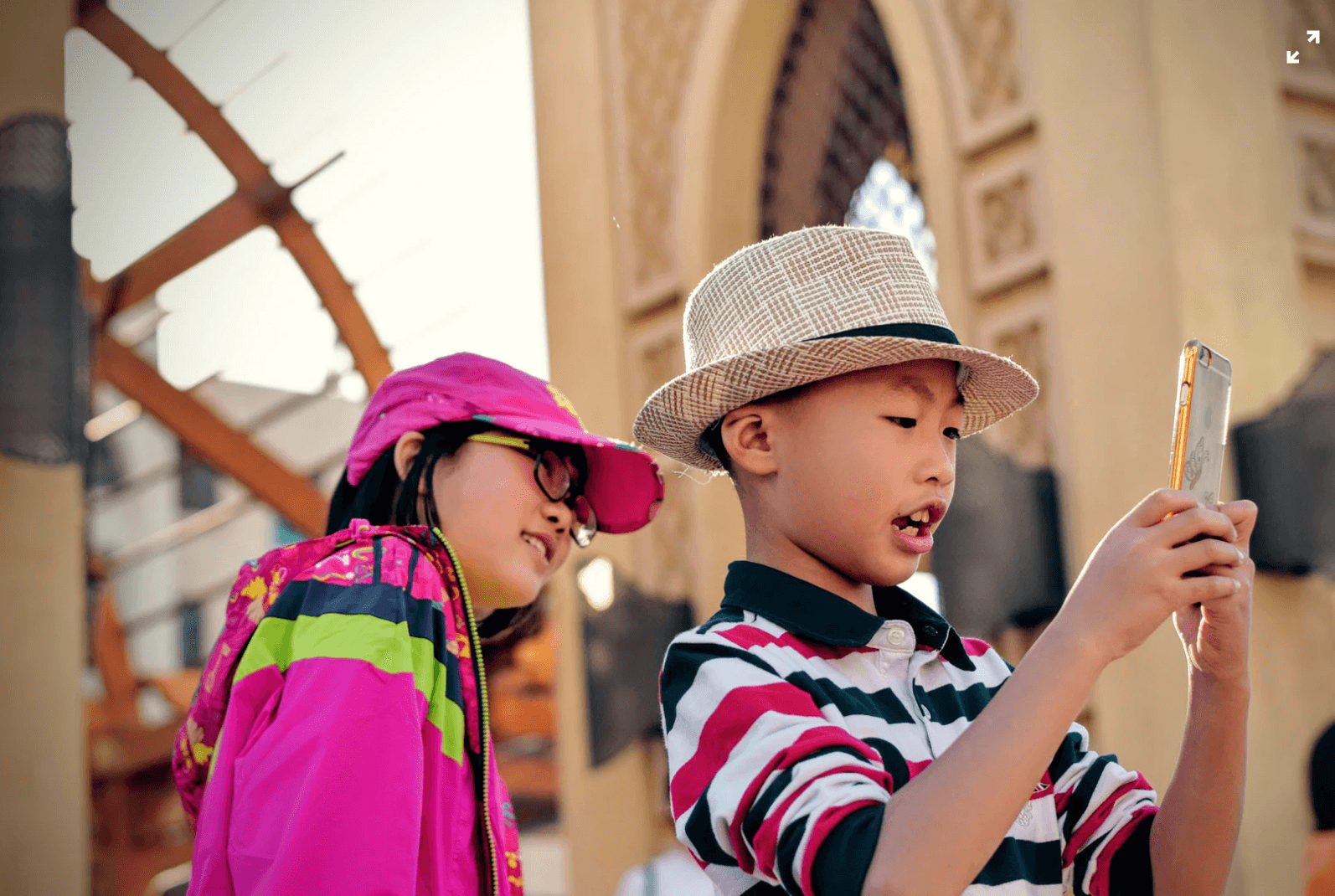 Facebook is adopting LinkedIn’s infamous feature of allowing users to see recent profile visitors. This feature will allow users to see who has been on their profile in the past 30 days, as well as who has viewed their most recent posts.

This feature is rumoured to be available on the 1st of April to iOS users. It will be in the “Privacy Checkup” feature found in the main drop-down menu.

If business profiles also get this feature, it could be a great tool to identify who their target audience is. It is also a great way to measure the influence and success of their recent posts. 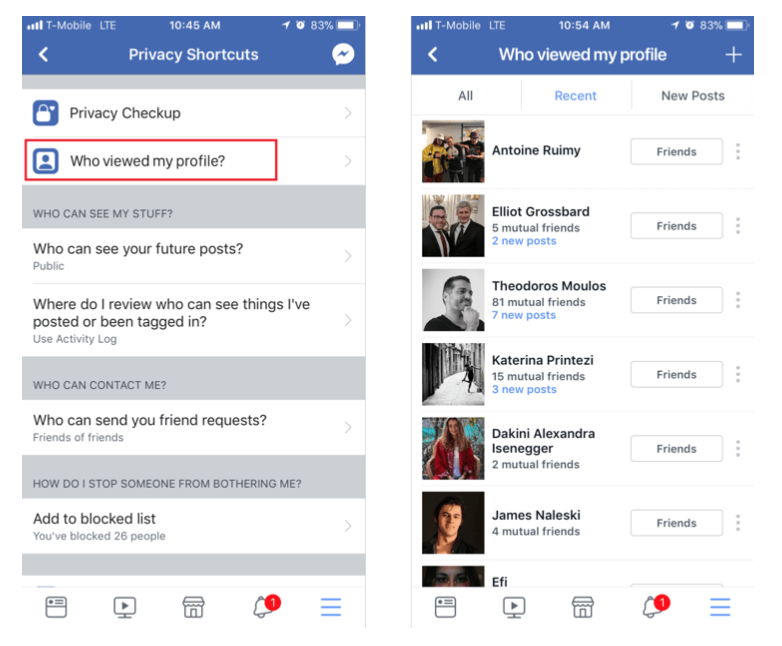 A playful update was discovered on Facebook messenger this past weekend. When you send a ‘left facing crescent moon’ emoji, an abundance of moon emojis will rain down the chat room (as seen on the image), then a pop-up will appear to enable users to activate and toggle on ‘Dark Mode’. Once enabled, users can enjoy OLED black screen. It will not only save your battery life but protect your eyes during late evenings.

Facebook is also working on bringing the night mode feature onto its desktop. 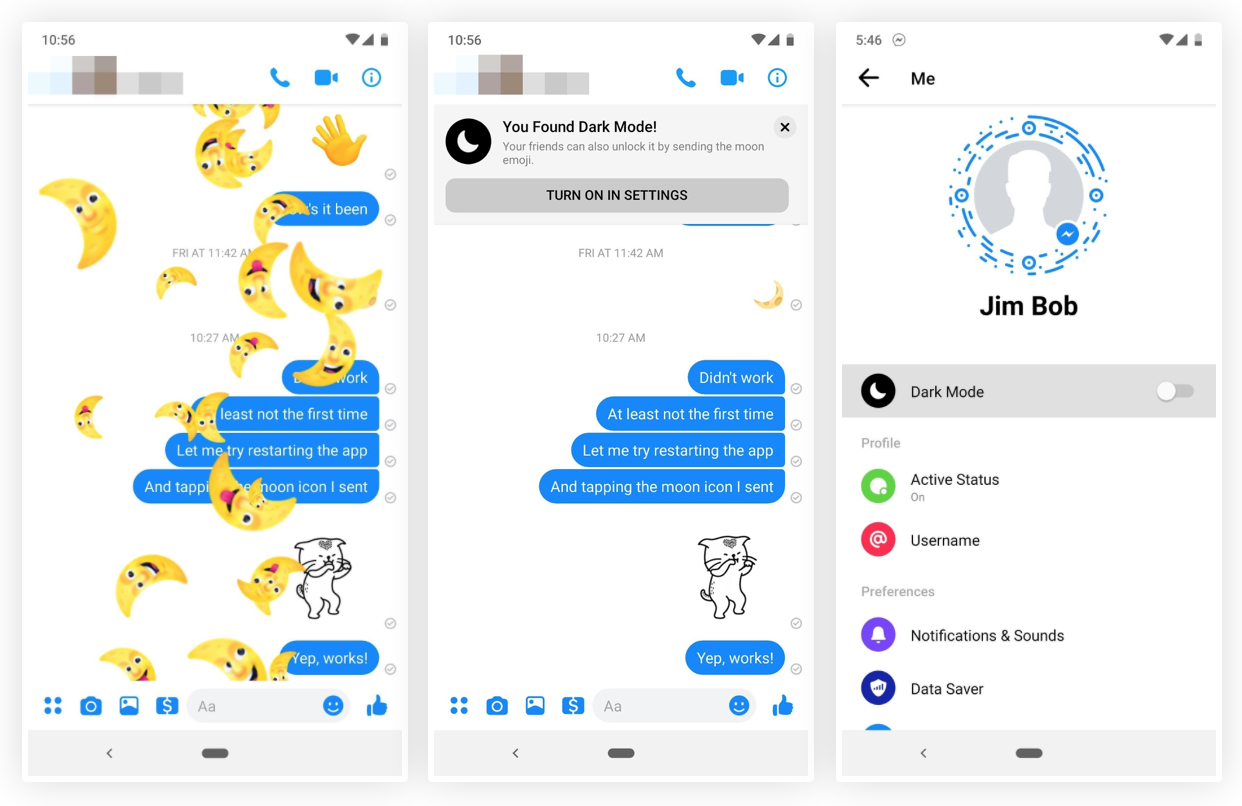 Amid the popularisation of Facebook’s premium video content (Facebook Watch), it is giving online video and TV ad buyers the opportunity to plan, buy and measure video ad campaigns.

For the time being, it is only available for US target audiences. The features include In-stream Reverse Placement, which is bought under a fixed price and delivered to in-target audiences backed by Nielsen demographics. Moreover, In-stream Reverse Categories, allow advertisers to reach people within what Facebook calls “contextually relevant content” like sports, fashion/beauty, entertainment and most recently added food category. Lastly, sponsorships allow advertisers to place their ads in specific shows, giving them the opportunity to be the exclusive sponsor of a program for US viewers.

Facebook Watch has also recently announced a number of upcoming shows that are in the works. Zac Efron and Anna Kendrick will be amongst the many hot Hollywood celebrities that will be starring in the shows. With the launch of these shows, it is forecasted that Watch will attract and receive more viewers. Hence, Facebook Showcase will be a great tool for advertisers to reach specific audiences “that are becoming harder to find on linear TV”. 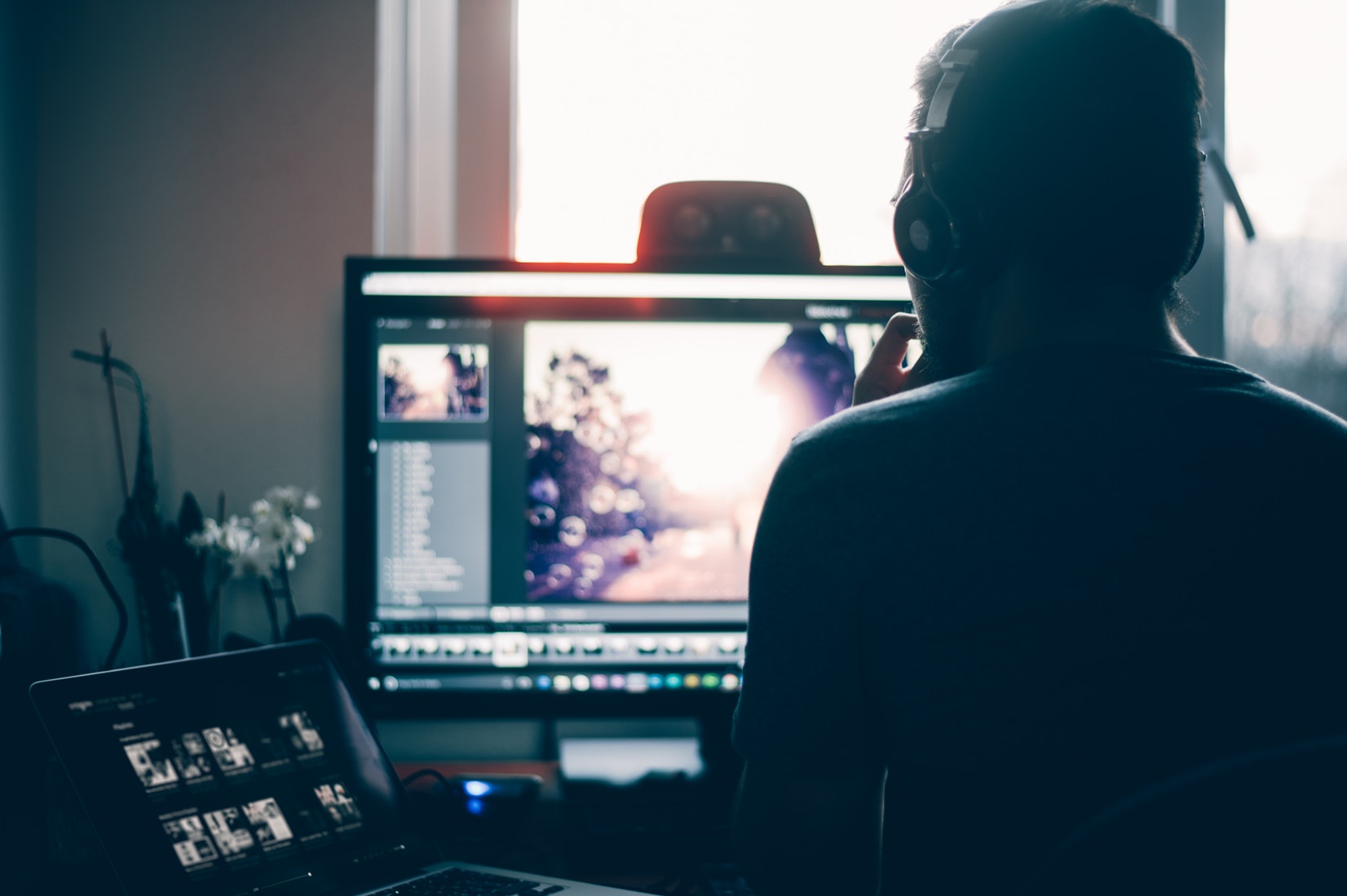