A List Provided By Us In Understanding 25 Generation Z Slang Words.

With every generation comes an evolved new lingo used between them, and with today’s generation, Gen z (those born in the late nineties) is no different.  In a business where language is important, here are 25 useful Gen z slang words for many to know.

Stan– A combination of “stalker” and “fan”. It means that you are obsessed with something but not in a creep way.

Dank – Something is excellent or of very high quality.

Cheugy – Something which is not at all trendy.

Camp – A word used to describe something as ironically trendy.

TFW – Stands for “That Feeling When”. For example, TFW you get off of work early.

Bop – A way to describe something as exceptionally good for example a song.

Sheesh – A descriptive word used to hype someone up if they’re looking good or doing something good. Sounds like a sound rather than a word.

Living Rent Free – A phrase to indicate that you can’t stop thinking about something.

Hits Different – Something that I unique or better than usual. Too good.

Bet – Another way of saying “yes” or to confirm something.

Periodt – Used to end a statement and adds emphasis and intensity to the point being made. Also is used like a fullstop.

I’m Weak – Similar phrase to ‘I’m dead’.  A phrase to describe something hilarious.

Slaps – How exceptional something is.

Bussin’ – Similarly, to describe something that is delicious.

Extra – Someone who is out there (dramatic) or enjoys taking things on the next level of flamboyance.

G.O.A.T – Short for “The Greatest Of All Time,” used to describe someone as incredible.

Clapback – A way to respond to something you have been called out for.

This Ain’t It Chief – A phrase used to give dissaproval.

Smol – Something that is either small or in most cases exceptionally adorable. Sometimes both.

Hopefully, these 25 slang words used by Gen Z have given a small helping hand in understanding their lingo and can be used for many marketing and digital purposes in the future. 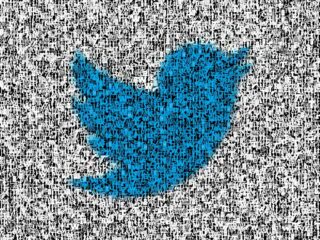 Next Post (n) Are Micro-Influencers The Future Of Marketing?