Is Social Media Driving a Wave of Poor Mental Health?

Whilst social media has become a mainstay of popular youth culture, adolescence and social platforms are often deemed a problematic pairing.

In fewer words, many believe that social media is driving a wave of poor mental health –  a societal issue that is stripped back and exposed in the highly acclaimed documentary The Social Dilemma.

The documentary highlighted a rise in depression and anxiety for American teenagers in 2011, which experts link to the popularisation of social media. Platforms, which don’t use software tailored to or sentient of children’s psychological needs, are held accountable for a whole generation that is “more anxious, more fragile, more depressed.”

A digital detox trend erupted in 2019, which is when the saying put your phone down began getting readily thrown around, as an antidote to feelings of stress and sadness.

But what if social media can, actually, be a tool to relieve those feelings? What if it has the power to drive positive change?

The reality of the current climate is that many people, cooped up in their bedrooms, have been sucked further into the digital world. In the beginning of April 2020, just under half of consumers said they were spending longer on social media, as reported in GWI’s coronavirus research. More recently, the majority of respondents in a study by Digital Commerce 360 revealed that their social media consumption (72%) and posting (43%) have increased during the pandemic.

Whilst these statistics could conjure up an image of square-eyed, sad souls isolated from reality, social media has, in many ways, been a lifeline. It has been: a source of connectivity; a means of staying sane; a way to call our friends and family so that, even when we haven’t been together, we haven’t felt so far apart. It has driven social change, sparked crucial conversations and fostered solidarity in darker times.

Boris Johnson even recently appointed Dr Alex, a Love Island influencer, as the government’s Mental Health ambassador. This decision accents social media’s power to normalise conversation surrounding mental health, particularly in a time when it is so pertinent.

In a way, the pandemic has illuminated what social media can be.

Boris also recently announced our soon-to-come escape from lockdown living. That might mean the end of homemade sourdough Instagram updates and any existing digital evidence that we actually completed a 5K run. But, it will not mean social media’s demise – just fewer awkward video calls and a lot better photo ops.

When life rolls back into its normal rhythm, we must continue to, quoted from The Social Dilemma, “change those technologies” to “make the world better.”

At Influence Digital, we are advocates of this change. That’s why we’ve partnered with Jigsaw – an Irish mental health charity for young minds, which uses social media to position mental health services in front of those who need it most.

For this campaign, we are making the younger audience aware of the ‘live chat’ and ‘group chat’ features that Jigsaw offer, encouraging them to use these services when they’re feeling anxious, blue or even just having an off-day. Chances are that everyone has experienced their fair share of those since March 2020. 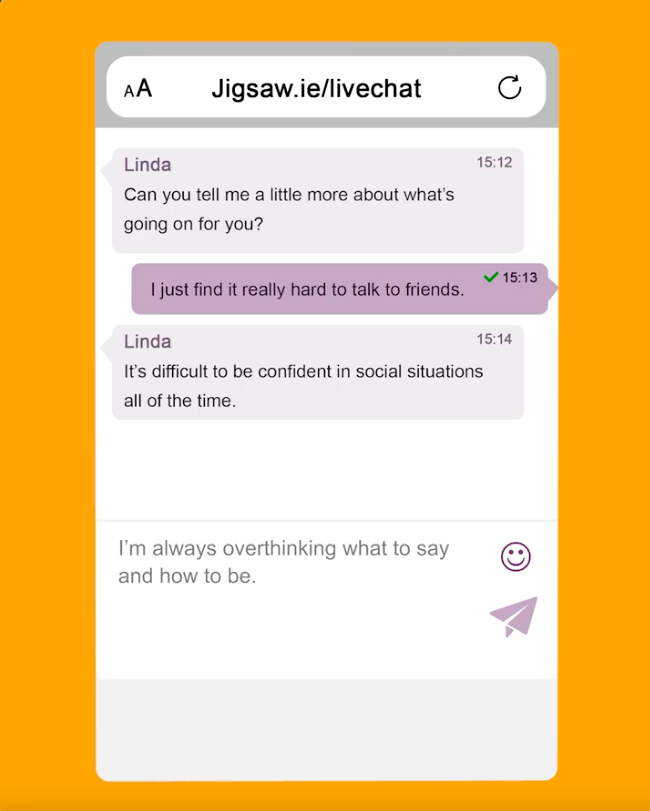 Rather speaking about younger people, Jigsaw is speaking to them – forming a direct line of contact invites them to, in this case, pick up the phone. We also encourage those feeling more reserved to explore the collection of insightful articles on Jigsaw’s website.

This approach, strengthened by having young ambassadors as the voice of Jigsaw, has successfully grasped the attention of many young people. We have made the user journey relatable and supportive, establishing trust and ultimately making life-changing services accessible. 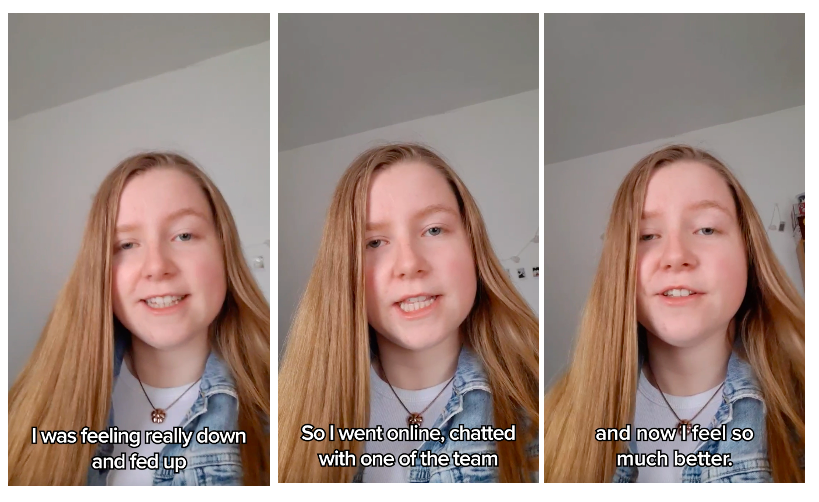 [Creative by Influence Digital – Stills from Piece to Camera]

Plus, the focus is on mental wellbeing – you don’t need to have a medical diagnosis to get involved. We should all be checking up on ourselves, whilst aiming to catch a problem before it becomes one.

This idea has informed many of the other campaigns we’ve worked on, such as Ministry of Sound’s ‘Ministry’s Month of Wellness,’ which shared content (from top tips and giveaways to workouts and yoga sessions) to enhance both physical and mental wellbeing. 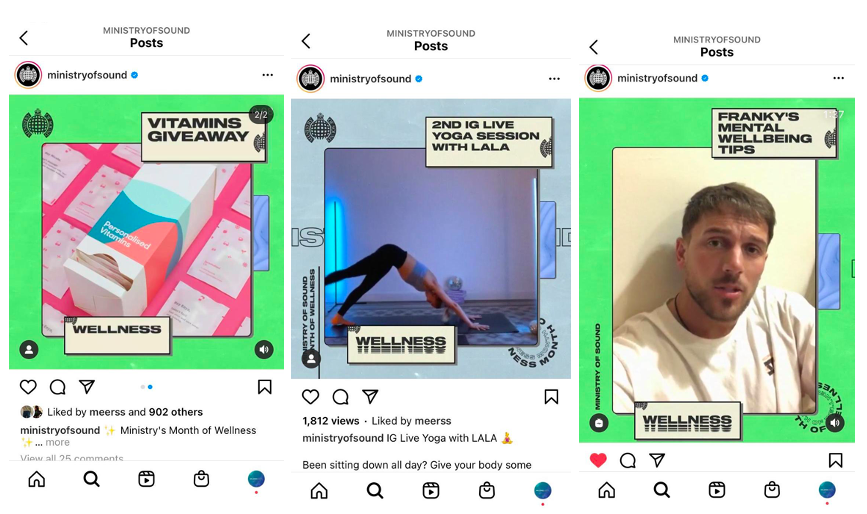 As part of our #WellnessWednesday programme, we are also doing a virtual series of mindfulness activities along with some (luckily not too strenuous) physical ones  – eat your heart out, Joe Wicks.

All of this is not, of course, to say that we are perfect. In reality, we all have a way to go when it comes to reforming the complex relationship between mental health and the digital world.

However, in being mindful of how we use social media, we not only believe the “social dilemma” can be undone, but the online world can be a powerfully restorative place.

Previous Post (p) "You Just Had To Be There"