And whilst silence can be seen as complicity, here, the 48-hour silence provoked Twitter to rightly have to update their hate speech policy, making us again question how social media sites tackle harmful content whilst also inherently being a place for people to voice their thoughts and opinions.

Twitter has now said that as well as policing hate speech tweeted directly by users they will be monitoring posted links that take people off Twitter and to external websites. This new policy goes into effect today on July 30 and we hope that it will make a difference in terms of shining a light on the good in Twitter and ensuring a zero-tolerance policy for the bad. 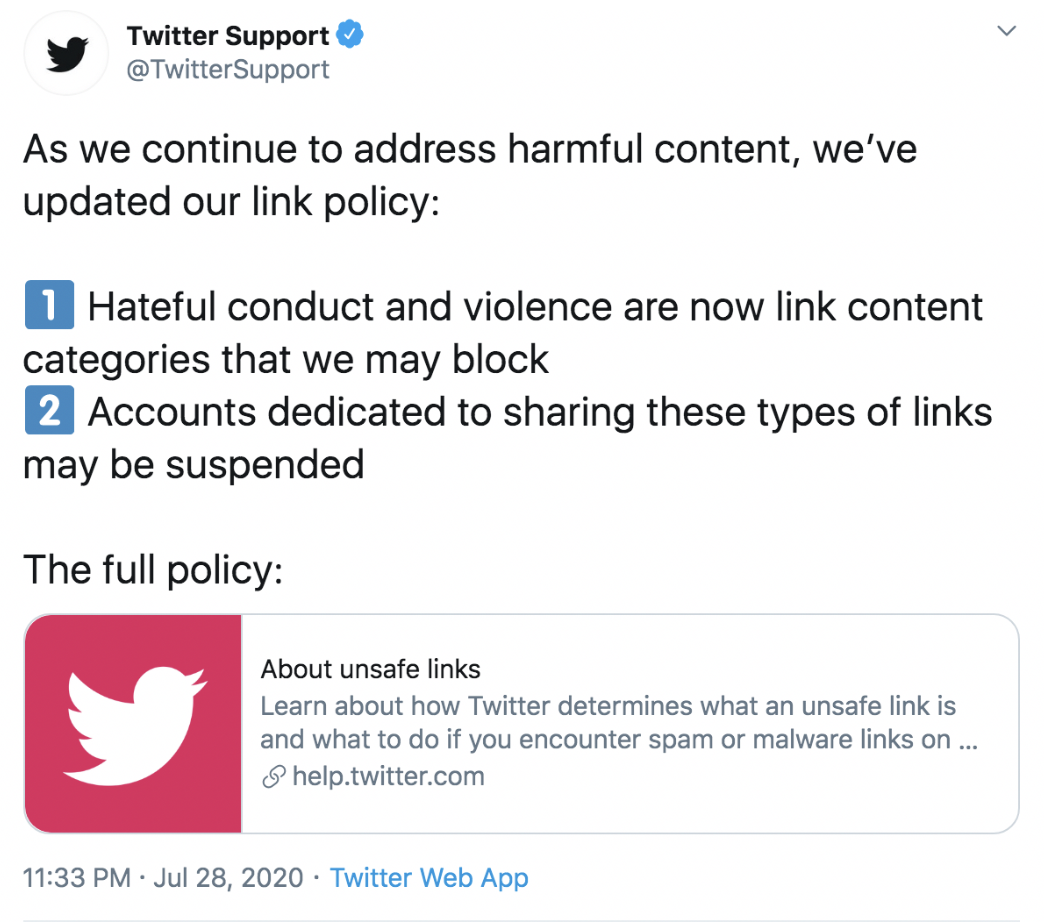