Facebook has announced that, come January, it will launch its dedicated News tab in the UK. The News tab will consist of a blend of “curated and personalized top stories” aiming to deliver “informative, reliable and relevant news.”

Facebook will pay mainstream UK news outlets to license their articles. In doing so, the social media giant aims to fortify its connections with publishers, whilst helping these publishers to expand their audience. The Guardian has reported that some publishers are even expecting to make millions of pounds a year from the service, at a cost to tens of millions of pounds to Facebook overall. A handful of publishers that Facebook has recently partnered with are Archant, Conde Nast, The Economist, Guardian Media Group, Hearst and Reach.

In order to make it onto the News tab feed, articles must comply with Facebook’s Publisher Guidelines. These guidelines include “a range of integrity signals in determining product eligibility, including misinformation – as identified based on third-party fact-checkers – community standards violations (e.g., hate speech), clickbait, engagement bait and others.” For major stories, Facebook users will be navigated towards “original and authoritative reporting.” Therefore, whilst the launch of the function is, in part, a PR-orientated move, it is also an attempt to limit the dangerous circulation of dis/misinformation online.

The UK will therefore be the first region to get Facebook’s ‘reliable’ stream of news content outside of the US. Facebook initially launched its News tab in selected US cities in October 2019. The social media giant then expanded the feature to the whole of US in June, as a mechanism to provide greater coverage during the rise of COVID-19. Facebook announced in August that it aimed to launch the feature in more countries come the start of 2021, the UK being the first in line. 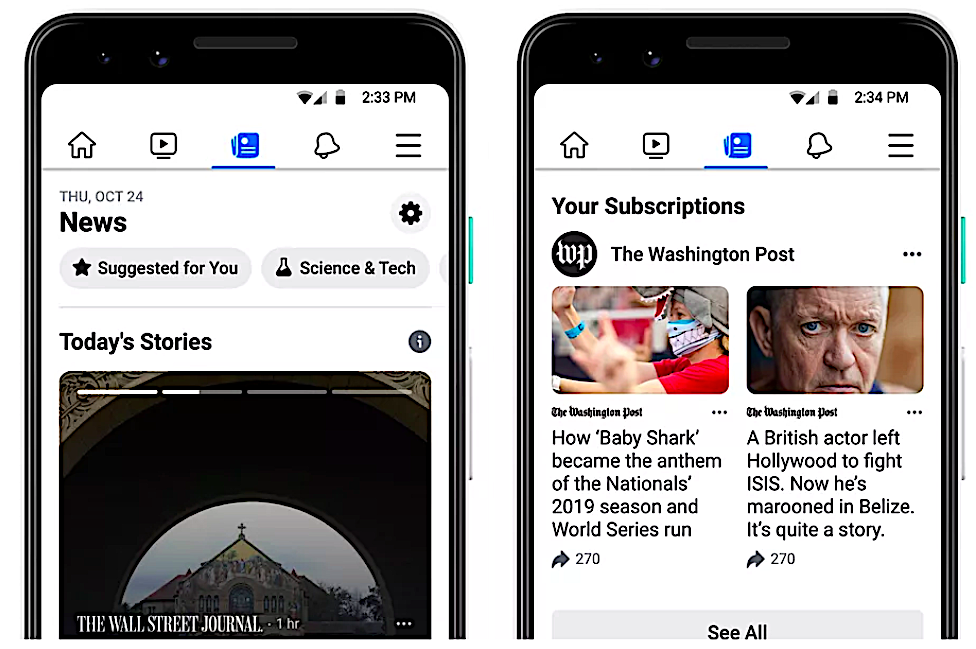 There exists, however, controversy surrounding Facebook’s News tab feature. Some users have voiced that they would rather Facebook remained uninvolved in their absorption of news stories and current affairs. These users will be able to opt out of receiving news content from the dedicated tab. For those interested, however, get ready – you’ll be able to get the news on your Facebook feed very soon.

Next Post (n) It’s That Time of the Year: Spotify Releases 'Wrapped'