Before and doing the pandemic, podcasts were very popular, with a wide variety on your favourite streaming platforms, or recommendations on social media, it was a way listeners could feel connected. However, they have lost popularity over the last couple of years. Twitter, on the other hand, remains optimistic that there is still a future in audio options.

Currently developing Spaces, their live-audio app where users can have conversations in real-time, Twitter’s next big audio push, might be coming out sooner than expected.

Twitter wants to incorporate a new ‘stations’ approach with popular podcasts alongside Spaces so both can be live whilst also recorded.

There’s now an introductory screen within the app, as well as options for a notes audio tab which will soon include both podcasts and Spaces. This will provide more options for users whether it’s live or when they access this feature in their free time.

However, the audio discovery hasn’t been too successful on Twitter.

Twitter’s dream for its users to have the capacity to stream real-time could be a valuable addition, however, the more users will broadcast, the more junk it will clutter the app’s feed. There will be no breathing room for other features. Also, it will be hard for Twitter to sort out its algorithms as it will be difficult to highlight the broadcast that has the best discussions in real-time and virtually it will be impossible to measure quality over quantity.

Additionally, it would be easier for Twitter to prioritise top shows and highlight broadcasts from top creators and have a more curated collection for Spaces, to help content discovery and avoid too much unnecessary content. Therefore, this will help aid a means for creators to showcase their work and increase more users of the app. If creators agree to do so, this could be a valuable new feature.

Though, this is only theoretical. The concept makes sense, and Twitter has been trying to figure out a way to get this there into reality by merging real-time media discussions with its in-streaming content as Twitter is known for being the home of breaking news and updates.

Twitter has already established itself as a leader in real-time user engagement surrounding major media accounts, but capitalising has proven a challenge for the app. Twitter has tried in the past to merge TV broadcasts and tweet engagement to make the platform a more central medium for discussion. Now, Twitter wants to incorporate audio.

In theory, it should work. Merging video and tweets never worked as twitter was seen as more of a secondary channel and merging the two, was too much for the app.  However, audio is a background element, and users can listen and check out related tweets in real-time which will help user engagement, create more options, and will build up podcast promotion.

Although this may look like a niche idea, Twitter has found data to back up its potential in building actual media combined with tweet engagement. This will give Twitter another tool to add to evolving creator opportunities and provide more space for creators to focus on the app. 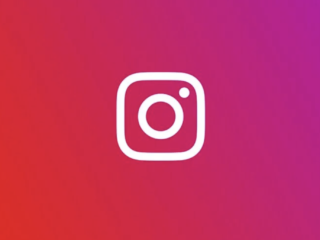