NewNew – a recently created app, currently with less than 100 of what it labels “creators” – lets users shape how exactly these creators live their lives. This idea sounds mechanical, repressive and somewhat sinister, right? Almost as though it’s an episode of Black Mirror, or the beginnings of a digital, inverse 1984 society; citizens (in this case fans) tell those more powerful (their idols) how to live.

The app, thought up by Los Angeles-based entrepreneur Courtne Smith, operates using a voting system; users pay to vote on the choices that influencers make, whether that’s what sandwich filling they opt for, if they should take an Uber or bus, or what jacket they pick for the day.

The decisions can also be work-related, for example influencing what colour an artist uses in a painting, the name of a character in an author’s book, or the chords used in a musician’s song.

The app is, essentially, a more heavily engineered version of Instagram polls, which celebrities often utilise to get advice from their fanbase. 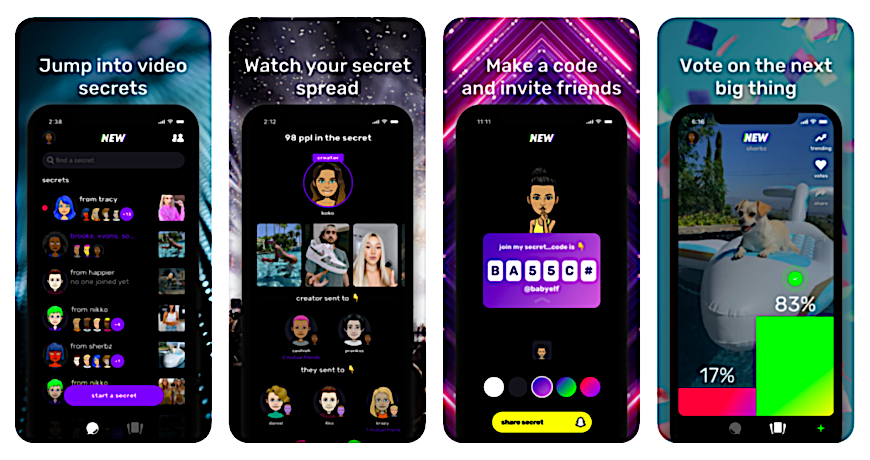 The app, which is still in its “beta” or pre-full release stage, describes itself as “a human stock market where you buy shares in the lives of real people, in order to control their decisions and watch the outcome.”

Despite its seemingly ominous mechanic, the reality of NewNew is advertised as less alarming than it first appears. According to a report by the BBC, the “creators” the app is aimed at are writers, artists, musicians, fashion designers and bloggers. In giving fans direct involvement in the decisions that creators make, NewNew aspires to foster strong bonds between them, which, perhaps even more importantly, are bonds that can be monetised.

NewNew’s founders believe that what it offers is entirely “unique.”

How Exactly Does NewNew Work?

“Creators” with NewNew accounts create video clips asking questions, about either their personal or work life, with a choice of two answers: coffee or tea? night in or out? this lyric or that? Then, their followers vote for which outcome they’d like to see.

Those followers keen to vote can do so to their hearts content, as long as they’re willing to splash a bit of cash. Regardless of whether their vote wins, however, their payment is non-refundable. The money, instead, goes straight to the creator, with a little taken off for NewNew as undisclosed commission.

The app goes a step further: followers can pay extra – from $20 – to create their own instructions for creators. In this case, the creator can reject the “bids,” which automatically sends the money back to the voter.

Fiction writer Brandon Wong entered the NewNew space to receive fan advice on which genre to write about next, as well as character names and plot developments for his upcoming stories. He’s also asked followers to vote on more mundane, everyday activities. On one occasion, he asked his followers what takeaway he should order. Those wanting a say paid $5 (£3.50) to vote in a poll. The majority result? Korean food, so Korean food was what he got. 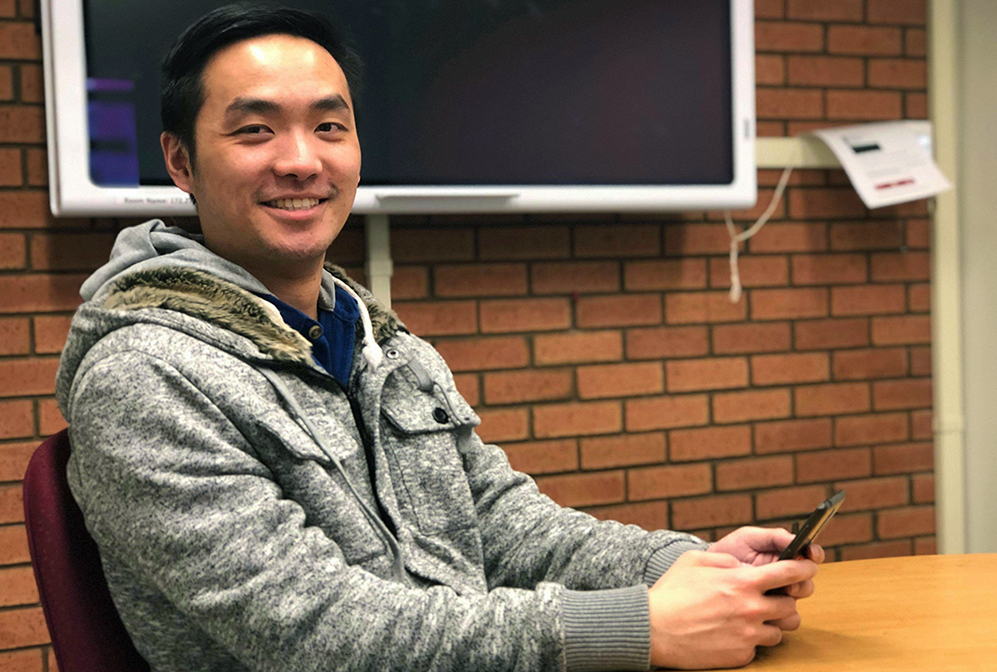 “I couldn’t decide between Chinese or Korean, so it was very helpful. I have also used NewNew polls to decide what clothes I should wear that day, and lots of other personal stuff.”

“I joined back in March, and I post [polls] three or four times a week. I’ve now had more than 1,700 total votes,” Wong revealed.

Words From the Co-founder and Chief Executive

Courtne Smith has both big plans for NewNew and confidence that the app will succeed. She stated, “NewNew provides a two-way beneficial split. Five dollars is a small amount of money to pay to have fun and get a reward.”

“[For example], knowing that your vote meant that one of your favourite artists painted an artwork in blue and pink would be a really cool thing for a lot of people. And for the creator you are building a community of people who are so in tune with what you do, and are going to become your evangelists. So when you are ready to sell that book or piece of art they are going to be there helping you to promote it, because, technically, they helped to make it in their own way.”

Smith also commented on the bonding element of the app, stating, “almost the more mundane the questions, the more interested you get in the person. It feels relatable.” 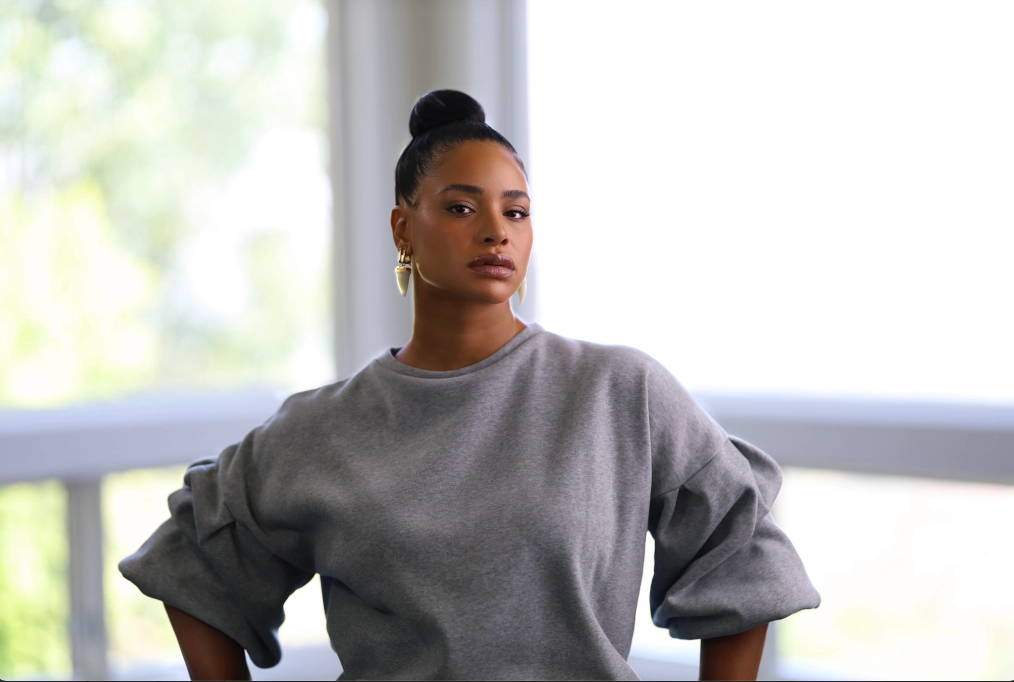 Can This Unorthodox App Have Mass Appeal?

The “unique” (and arguably questionable) nature of NewNew meant it was never going to appeal to all.

Social media expert Matt Navarra isn’t convinced. He commented, “NewNew feels a bit like if TikTok met reality TV hit Big Brother and they had a baby, and both of those were phenomenally popular. However, it feels a little bit gimmicky, and I wonder if the novelty value will be short-lived. Yet if choosing what outfit a stranger wears gives Generation Z a buzz then it could be on to something.”

The app has, however, managed to secure some big-shot investors, including Peter Thiel, the billionaire co-founder of PayPal and the first outside person to put money into Facebook. Another is leading US tech investment fund Andreessen Horowitz and Hollywood actor Will Smith, whilst Snapchat has provided technical support.

Safety is, unsurprisingly with this sort of app, a cause for concern. Business psychologist Stuart Duff, a partner at UK firm Pearn Kandola, thinks that NewNew sounds exciting, and would “create special bonds between creators and their followers,” but flagged the potential for bonds to become unhealthy.

“It may not take long for a creator to go to more and more extreme lengths to attract votes from their followers, ending in potentially self-damaging or humiliating scenarios,” Duff stated. 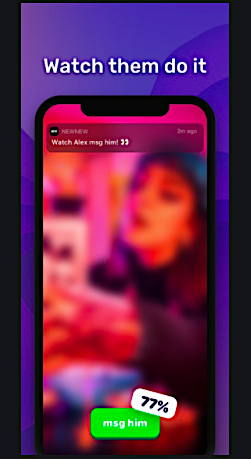 A NewNew spokeswoman stated that the company “reserves the right to completely remove and ban any person and their content should they go against guidelines.” She continued, “The safety of all people on the platform is a top priority for us. The company reviews all content posted internally, and through AI, to flag any inappropriate content.”

There are some other issues that could arise: would allowing fans too much say in the creation of content disrupt artists’ and musicians’ creative flow? Would their work become less original, if it’s dictated by a myriad of voices, rather than just their own?

Despite criticism, many users that have downloaded NewNew have taken a liking to the app. For example, André Patrick, a 34-year-old from Toronto, joined initially to interact with a video-streamer that he liked. He stated, “NewNew is a cool new way to feel closer to a person, and it shows a different side to people that you don’t always see.”

Will NewNew be the next big thing in social media? Will we all begin voting on what pizza topping our favourite artist or musician opts for? Would you really pay to influence another person’s decisions?