June has rolled round, the sun is in the sky and, more importantly, it’s officially Pride Month – time to celebrate!

Facebook and TikTok, the social media giants, are showing their support for Pride Month by adding a range of new in-app features and tools to the platform, as well as support initiatives for the LGBTQ+ community. 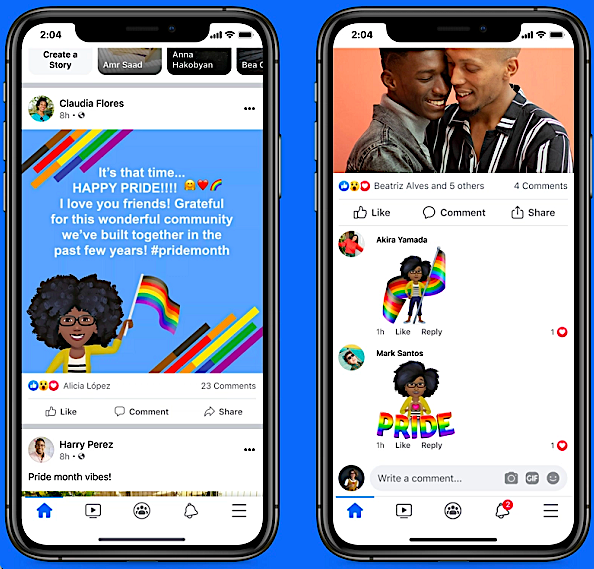 The company has also added a new, colourful, animated Pride logo in the app, designed by Jasmina El Bouamraoui – a Berlin based, queer german-moroccan illustrator and graphic artist.

Facebook users have also been celebrating the LGBTQ+ community in ways shown in the below Twitter thread: raising funds, adding the rainbow flag emoji to their bios and joining support groups.

In fact, Facebook revealed that more than 25 million people on Facebook are now a member of at least one of the 34,000 public groups created to support LGBTQ+ people.

People have been coming together in all kinds of ways to celebrate the LGBTQ+ community.

Over on Instagram, you’ll find a range of new stickers for feed posts and Stories.

What’s more, when you use a Pride-related hashtag and publish your post, you’ll see that the text transforms into rainbow-style text. When posting a Story with the same hashtags, a rainbow-coloured ring will appear around the frame. 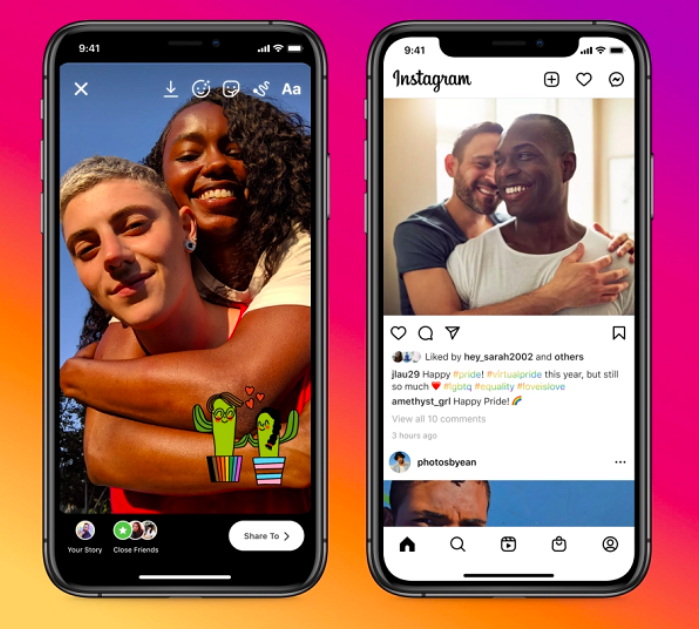 TikTok is encouraging users to use the #ForYourPride hashtag – a play on its trademark #ForYouPage – to raise awareness of the event. 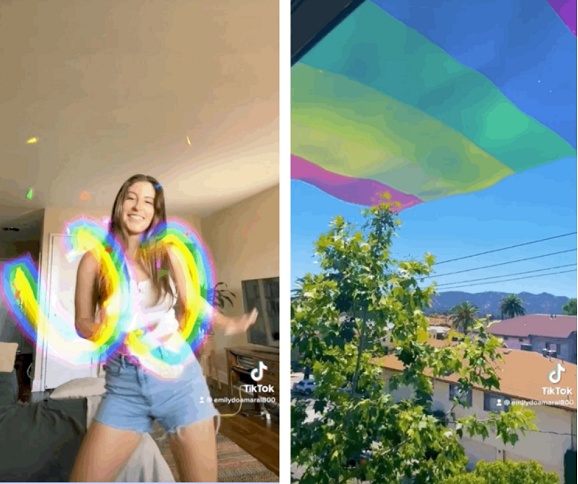 TikTok has shown further support for the LGBTQ+ community by:

Dedicated to the arduous history of minority groups who have struggled for decades to overcome prejudice, Pride Month is an important initiative in helping to raise awareness of the LGTBQ+ community.

These increasingly powerful social media giants have a responsibility to build platforms that encourage community-building, spread awareness and foster a feeling of acceptance for all.

Now, both on and off your social feeds, it’s time to go and celebrate. 🌈 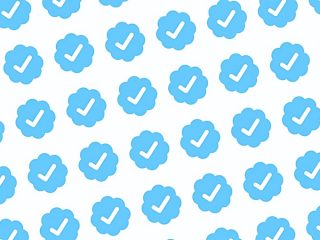 Next Post (n) NewNew: The App To Influence Others' Decisions