TikTok Partners with SiriusXM and Pandora to Spotlight TikTok Creators, Influencers and DJs

A new partnership – between TikTok, Sirius XM and Pandora – will see the birth of ‘TikTok Radio’: a digital radio station dedicated to the platform’s trending tracks, most-loved artists and hottest tastemakers. 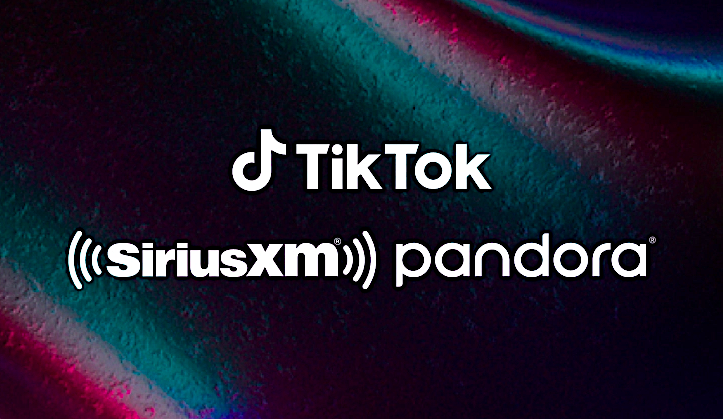 The satellite radio company, Sirius XM, and Pandora parent have chosen to partner the hotshot video streaming service in a bid to power several new initiatives. One is a TikTok Radio channel that will be hosted on Sirius XM, featuring songs that have gone viral and driven the most engagement on the platform.

TikTok describes how, “Sonically synched to the TikTok experience, the channel will feel like a radio version of the platform’s “For You” page”; instead of vertically scrolling through videos with catchy ‘Sounds,’ you get these trending tracks played back-to-back in their full form – a jackpot for those who’s music taste is heavily shaped by the app.

The TikTok radio channel will feature a “diverse group of TikTok creators showcasing trending music and stories behind the songs throughout each day,” as well as a Weekly Music Countdown that is “dedicated to TikTok’s top trending tracks.”

The station will be available as a streaming channel on the Sirius XM App and desktop.

The first of the new initiatives to launch, however, is the TikTok Tastemaker’s Series, which consists of a collection of hosted playlists on Pandora. Who are the hosts? None other than TikTok’s most revered and influential creators, who will hand-pick their favourite tunes, compile them into playlists and provide a “special commentary about their selections.”

The first show, which aired yesterday, was hosted by Bella Porch – the TikTok influencer, who now has 69.6 million followers, and is best-known for her viral lip-sync video to the dangerously catchy “M to the B.”

Ole Obermann, the Global head of Music at TikTok, commented “We are excited to work with SiriusXM on TikTok Radio and to bring TikTok creators to Pandora to make the trends, music, and creative influences that are playing such a defining role in modern culture even more accessible.”

TikTok is known to have a golden touch when it comes to popularising new tracks, excavating old hits and unearthing fresh new talent.

Fleetwood Mac’s “Dreams,” released originally in 1977, is testament to the power that TikTok has in the music industry; it was re-popularised on TikTok following 420DoggFace208’s recording of himself sipping cranberry juice and cruising on his skateboard. The app has also helped to propel previously unknown artists into fame, such as a Girl in Red (AWAL), Bicep (Ninja Tune), Lauv (AWAL), and Nina Nesbitt (Cooking Vinyl).

With a popularity that skyrocketed in 2020 and a goal to hit the one billion user mark this year, TikTok is certainly a force to be reckoned with. Watch out, because with the launch of ‘TikTok Radio,’ the app is set to disrupt the music industry even further.