It might feel like a here we go again moment, but the Clubhouse vs. Spaces audio-chat battle is still alive and kicking. What’s the update? It looks like Twitter’s Spaces has taken the lead – whilst Spaces seems to be thriving, expanding its spaces tool to a larger pool of Android users, Clubhouse has lost its allure and, in turn, its daily downloads.

Was Clubhouse a one-hit wonder, a fleeting obsession, a fad destined to last a short space of time before fading out, allowing the social media giants to reign once again?

Whilst we can’t accurately predict what’s in store for Clubhouse, the below Tweet doesn’t spell good news for the “breakthrough” app of 2021.

Clubhouse doesn’t yet have an Android app, so that already gives Twitter Spaces a head-start. What’s more, Clubhouse recently revealed that it is likely still a couple of months away from an Android launch.

This difference gives Spaces the edge over Clubhouse – it not only has a wider target audience, but whilst Clubhouse takes its time to prepare for the launch, these Android users could get attached to Spaces and be less likely to jump ship later on.

Social media expert, Matt Navarra, posted a poll asking users which social audio platform they find themselves gravitating towards. The post is on Twitter itself, which arguably could skew the results, but those using Clubhouse likely do have Twitter accounts considering the popularity of the platform.

This chart from Sensor Tower reveals a decline in Clubhouse’s popularity, its download rankings having decreased over the past month, dropping from 37th on the US App Store charts, to 172nd today.

As highlighted by analyst Dare Obasanjo on Twitter, a similar pattern is shown in a Google Trends search for ‘Clubhouse’. 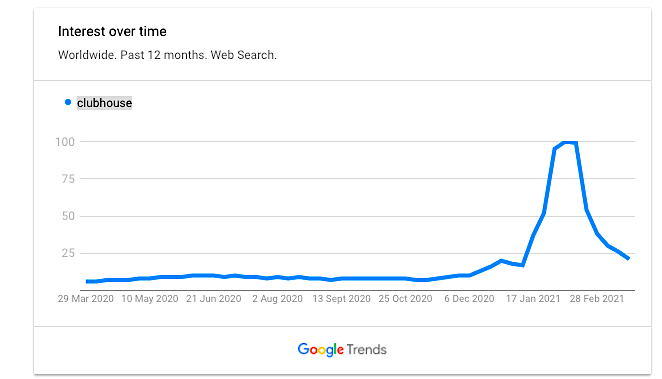 So, is is Twitter Spaces on the way up and Clubhouse on the way out? Where will they go from here? All will be revealed in the upcoming months, so stay tuned for more audio-chat updates. 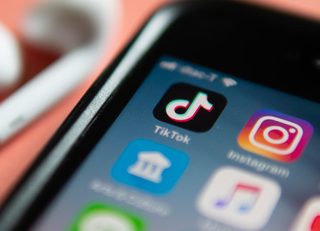