Twitter’s Experiment ‘Read Before You Retweet’ Deemed A Success

As reported by TechCrunch, Twitter plans to bring prompts to ‘read before you retweet’ to all users. Back in June, Twitter introduced a test feature on Android to promote “informed discussion” on the platform. The experimental prompt appeared for users who went to retweet an article they hadn’t clicked to open, and suggested they read before they retweet.

According to Twitter, with the introduction of these prompts, users opened articles before sharing them 40% more often than they did before. Since the experiment worked so well, the company plans to expand it to the platform at large “very soon.”

“It’s easy for articles to go viral on Twitter. At times, this can be great for sharing information, but can also be detrimental for discourse, especially if people haven’t read what they’re Tweeting,” Twitter Director of Product Management Suzanne Xie said. 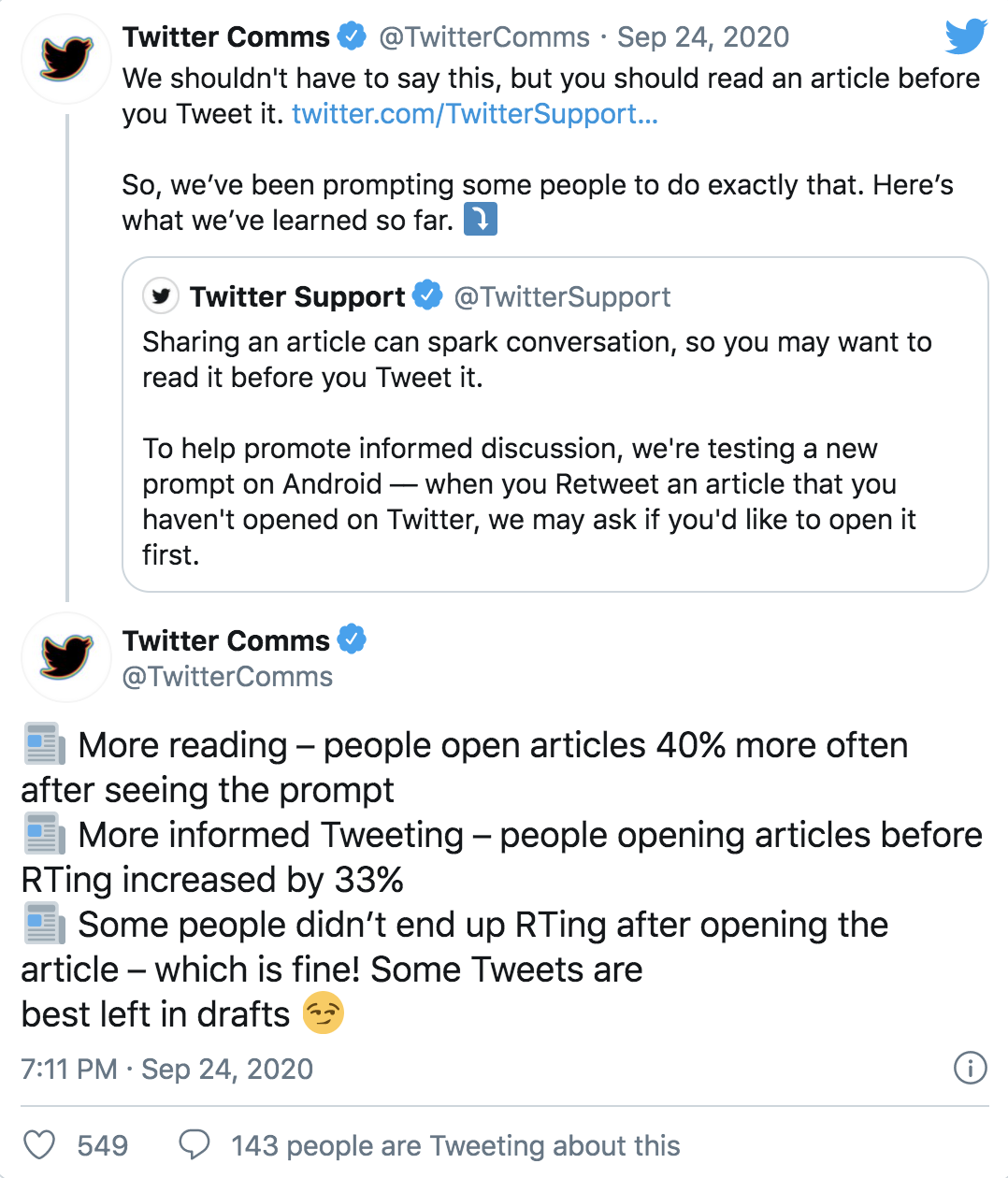 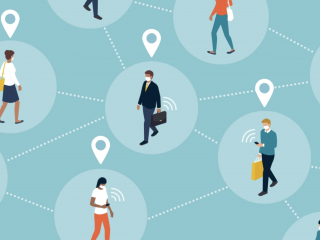 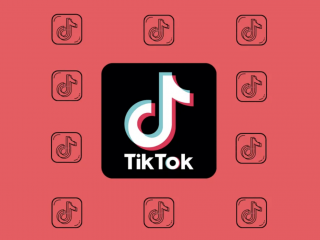