Earlier this year, Twitter announced that it was working on a ‘Super Follows’ subscription-type feature, allowing creators to charge their followers for access to premium content.

The available “perks” could include bonus Tweets, community access, subscriber-only newsletters or personalised deals. At the time, Twitter posted a mock-up showing a creator charging £4.99 a month for this exclusive pack of goodies. 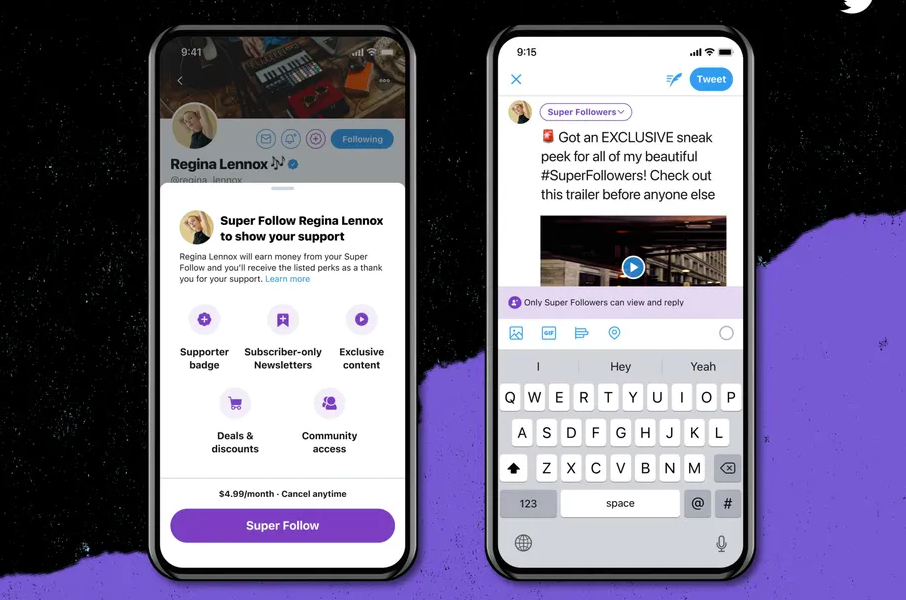 Wong tweeted screenshots of what the app is set to look like, as well as further detail about who is eligible for the Super Follows programme. These users must:

In other words, the ideal candidate would be (legally) an adult, have a well-established audience and a highly active Twitter account.

notably, “Adult content” and “OnlyFans” are mentioned in the category and platform sections https://t.co/qSEjh0ohm8 pic.twitter.com/yvkzx672V2

Twitter refused to comment on the apparent leak, but has previously hinted at the benefits of the feature: creators, publishers and personalities can showcase their best work and get compensated directly by their fans, whilst the company will, presumably, take a percentage.

Twitter has been working on monetising the platform for quite some time; it sounds like ‘Super Follows’ could be the next step in their grand plan.

Next Post (n) TikTok Research Highlights the Importance of Audio