Early in 2020, the outbreak of the pandemic catapulted us into lockdown life and, as if an eerie spell had been cast, quietened live music events across the globe. Where did DJs and musicians go for a source revenue and a music outlet? Where did music-lovers get their clubbing fix?

Having invested in music in 2018, Twitch – the American video livestreaming service originally designed for video gamers – has become another major platform for music livestreaming.

Now, Twitch’s website welcomes visitors to “a new kind of music venue. One where singers, DJs, producers, rappers, and all musicians can unleash creativity, connect with fans, and create community.” Twitch’s music page today features an eclectic mix of DJs and producers, singer-songwriters and amateur bands, and the platform even hosts large operations, such as virtual festivals.

In the last years, many musicians have embraced Twitch music livestreaming, including Disclosure, Diplo, Steve Akoi and Grimes. Lockdown, however, certainly gave impetus to Twitch’s music success, the site functioning as a swirling vortex of supportive, creative energy in the often bleak times.

Twitch has provided music artists and fans with so much in the last year, illustrated perfectly by Tony William’s, A.K.A. Addison Groove’s, account of his entrance into the Twitch music scene, told to RA in an interview.

The Story of Tony Williams, Dance Music and Twitch

Kitted out with just a £10 cable and his phone for streaming – a humble alternative to bright lights and a live set – he managed to rack up thousands of views from those with a clubbing-shaped hole in their lives. 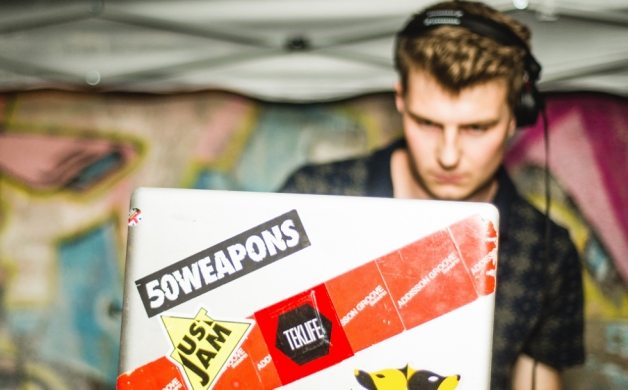 Williams streamed every day for 17 days, attracting up to 400 viewers per hour. He recalls, “I’d be on Instagram drinking mezcal and eating cheese and Paul Woolford would be in there, talking to Fracture. I managed to get all these people talking and having a laugh whilst I played my record collection of anything from cumbia to acid techno – I saw the beginnings of the community.”

Williams christened this community ‘The Barrel Room’ after the empty barrel his decks sat on, which had previously contained mezcal brewed with his friend Rob Ellis, A.K.A. Pinch.

The potential for his music streaming hobby to turn lucrative arose when fans volunteered to donate money, eager for Williams to keep it going. Keen to monetise his stream, Williams turned to Twitch.

What did Twitch offer that Instagram Live didn’t? More flexibility and higher quality in audio video streaming, an array of monetisation-specific features and a more fertile ground for community-building.

Community-building was exactly what ensued; fans began posting gifts to Williams, often with attached notes saying he had “saved them” with his stream.

Williams reported, “I was reading it and thinking – you’ve saved me too, in a mental health sense. I’m not sure I could l have made it through the lockdown just making tunes on my own.”

Twitch and Music – A Lockdown or Long-term Love Affair?

Williams’ story echoes those of many other artists, a selection of which are recorded in RA’s insightful blogpost. These stories evidence how, in lockdown, Twitch helped to keep the music industry alive, offered musicians an unexpected source of income and fostered energising, restorative bonds between artists and fans.

The pandemic might have stretched into the new year, however normality feels in reach, with clubs and live music venues set to open on June 21st. What will become of Twitch, when life rolls back into its usual rhythm?

Twitch offers some things that live shows don’t: it provides a less time-consuming method for festival organisation; virtual livestreams create the potential for imaginative visual worlds; and the experience is generally more interactive, connecting artists with their fanbase.

Every artist interviewed for RA’s blogpost revealed that they’re likely to continue streaming on Twitch in the post-pandemic world. Beatport’s vice president of creative services, Ed Hill, stated “When we get back to events we’ll bring back even bigger productions for the stream. It isn’t going to slow down. There’s a massive music community on Twitch which is still in its infancy.” According to Hill, “This is only going to accelerate.”