TikTok has proven itself as the dominant social media giant, recently announcing that it hit 1 billion users. However, with the introduction of Instagram Reels, the platform now has a major competitor.

Creatopy placed the same ad on both platforms with the objective to spend $1000 on each. They targeted similar audiences based on age, location and interests.

We can see clearly here that, unexpectedly, Instagram Reels came out on top, particularly when it came to reach and impressions. We can also see this being true in the cost.

Creatopy also found that, on their TikTok page, launching a second video as an ad campaign can exponentially increase the amount of views that the page receives.

Another noticeable point was that the age of TikTok users is, on average, far younger than Instagram’s, which may have an impact on the amount of link clicks they receive. The campaign, however, targeted an older demographic; the success of the Instagram campaign may be attributed to their older audience base on the platform.

Overall, we can see that Reels may be a better home for ads – however, it’s important to take into account the audience on the platform and the kind of content used. 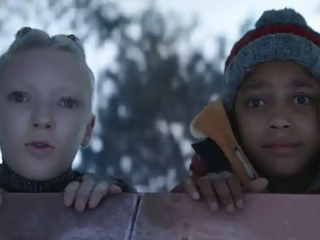 Next Post (n) The Battle Of The Christmas Adverts