Will Virtual Influencers Become The Next Big Marketing Phenomenon?

But what exactly are AI influencers?

AI influencers are computer-generated “people” who have the personality traits or characteristics of a real human. Also called CGIs or virtual influencers, they have emerged as a common, yet futuristic, trend on social media platforms especially platforms, especially Instagram and TikTok.

With every virtual influencer, there is a creator who is pulling the strings. In other words, a maker, like playing God for CGI. They are responsible for controlling the influencer’s appearance, actions and words you see in their content.

Many brands are trying to keep up with the younger generation (Gen Z) investing in hugely customisable AI influencers using them as a marketing opportunity.

As they can be controlled by their creator, there’s no risk for brands that the influencer will turn against them. They also won’t do anything harmful – Logan Paul and the Aokigahara forest trip springs to mind.

The first virtual influencer, named Lil Miquela (first picture above) and created by the company Brud, was “born” in 2016. She rapidly became an international sensation and has since garnered three million Instagram followers. Each virtual influencer is given a life cycle (or a series of stories) from their creator and team developing them to become as engaging as possible.

Meta has also been developing a framework to enhance digital transparency towards virtual influencers and synthesised humans. That being said, it will be a while before this framework is to be completed.

Today the influencer market is worth $13.8 billion. According to business-standard, the world will spin around $432.8 billion (19.6 percent) a year on artificial intelligence.

There is, however, an ongoing debate around ethical issues. Some criticise the controllable nature and lack of authenticity these influencers have on social media (and the people who follow them). Others are concerned that these influencers could bring about trolling, fake news, false information, etc.

On the other hand, those who are pro, believe that the customisable nature of CGI influencers can help brands communicate positive initiatives through marketing, and thus create change. Likewise, companies who have created virtual influencers are currently working on a code of conduct to watermark AI, and make sure creators do to fall into ethical issues when providing the content.

Harry Hugo, the co-founder of The Goat agency, says, “They can be available 24/7 and have a personality folded to be exactly what you want. These things are massive plus points for brands because they can make the perfect ambassador.”

But, what’s the difference between a fake robot and someone who is perfectly edited?

On Brud’s website, an FAQ found at the bottom asked whether Lil Miquela is real. It replies:

“As real as Rihanna.” 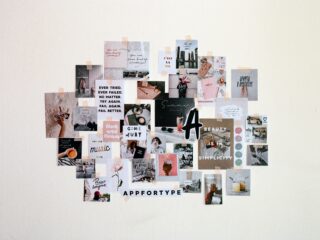