YouTube is working on a new feature that would display a full listing of any users’ comment history, within a specific channel, by clicking on their user name. The test was announced on YouTube’s creator insider channel last week.

As per YouTube: “We’re testing out a new feature where if you’re reading a comment on a video, you can learn more about the commenter. It’ll include recent comments left by this commenter on the channel, within the last 12 months.”

The update, YouTube has said, is meant to build a community and strengthen connections, as well as a way for creators to recognise some of their best commenters. The feature is now being tested and could roll out before the end of the year. YouTube is also testing a personalised message option for users who are likely to become subscribers in a bid to increase subscriber counts.

Snapchat has introduced a new 3D camera mode for your selfies. The move into 3D is the latest addition to the feature battle between Snapchat, Facebook and Instagram.

The option is available as of today for those using the iPhone X and above by simply updating the app. The feature is accessed via the camera mode, using the drop-down menu on the right. While 3D images can also be viewed on older iPhone models and other phone models in general, such as Android, they cannot be created on these phones. As per Snapchat: “We’re releasing this new capability on a small handful of phones to start with, but any phone can receive and interact with one of these Snaps.”

Additionally, Snapchat is also introducing new 3D Effects that you can swipe on in the Filter Carousel, “bringing [the user’s] world and experience to life in a way that’s a step closer to the real thing.”

LinkedIn is introducing a new option that will enable users to make their profiles stand out. According to research carried out by the platform, 69 percent of professionals think their skills are more important than college education when job-seeking.

Consequently, LinkedIn has decided to add short-form assessments designed by third-party experts that will let LinkedIn members test and validate their own skills, whether this is coding languages or everyday business tools like Microsoft Excel. If members pass, they get a “verified skill” badge, strengthening their profile and making them more discoverable to opportunities. After passing, in order to keep the badge/ credential, members will have to retake tests every year.

LinkedIn has been rolling out some new interesting tools this year and is likely to continue to implement new changes to help both job-hunters and freelancers.

Google has announced an update to Google search.  Instead of listing relevant videos on the search results page, Google will now also highlight the most relevant parts of those videos, highlighting specific moments that directly answer the question being asked.

“When you search for things like how-to videos that have multiple steps, or long videos like speeches or a documentary, Search will provide links to key moments within the video, based on timestamps provided by content creators.”

This way, users will be able to easily understand whether a video has what they’re looking for, finding the information that is relevant to them quicker than they would have otherwise.  This change may not seem very significant, but it will make video content more accessible and will help drive more traffic. 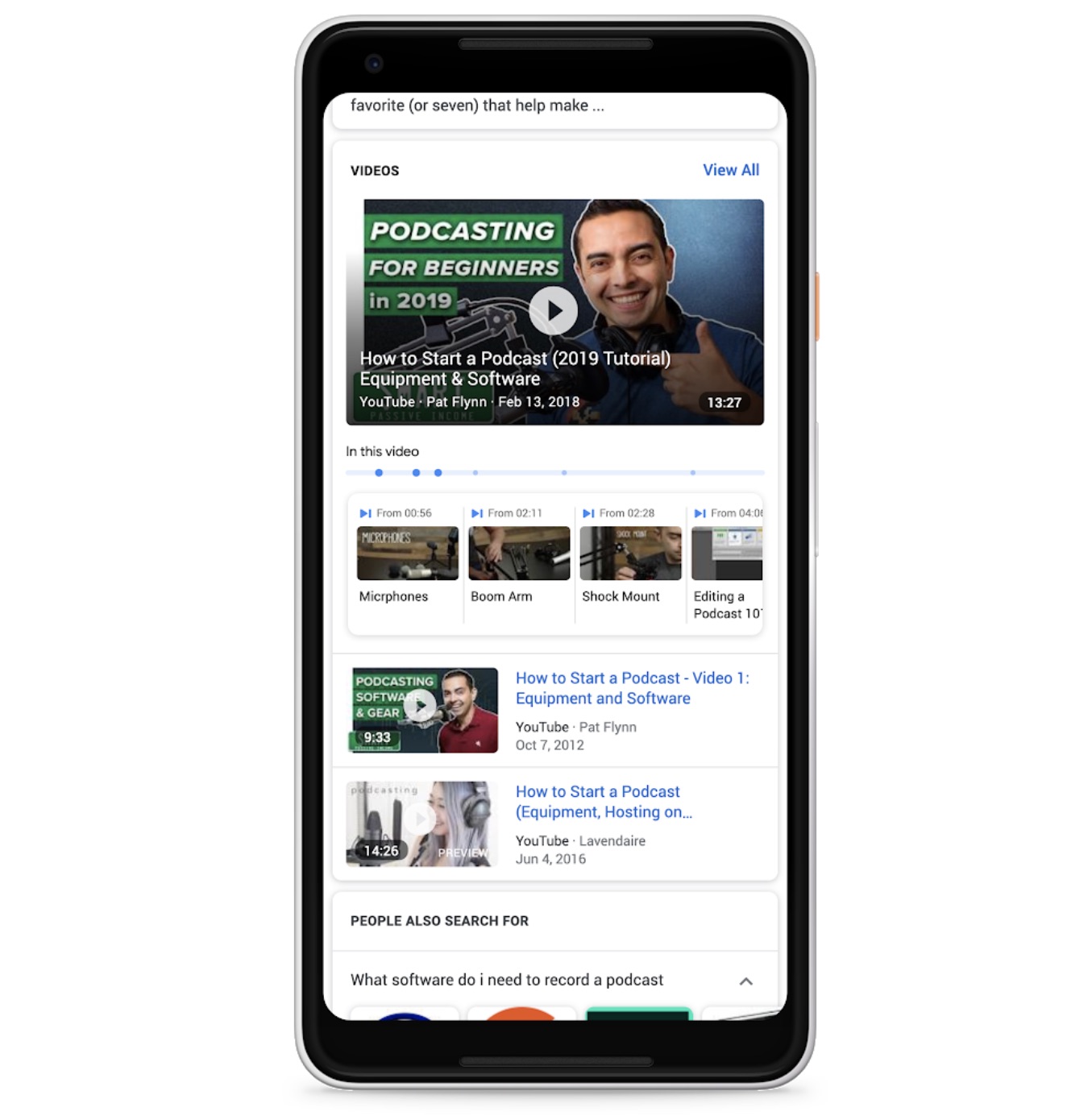