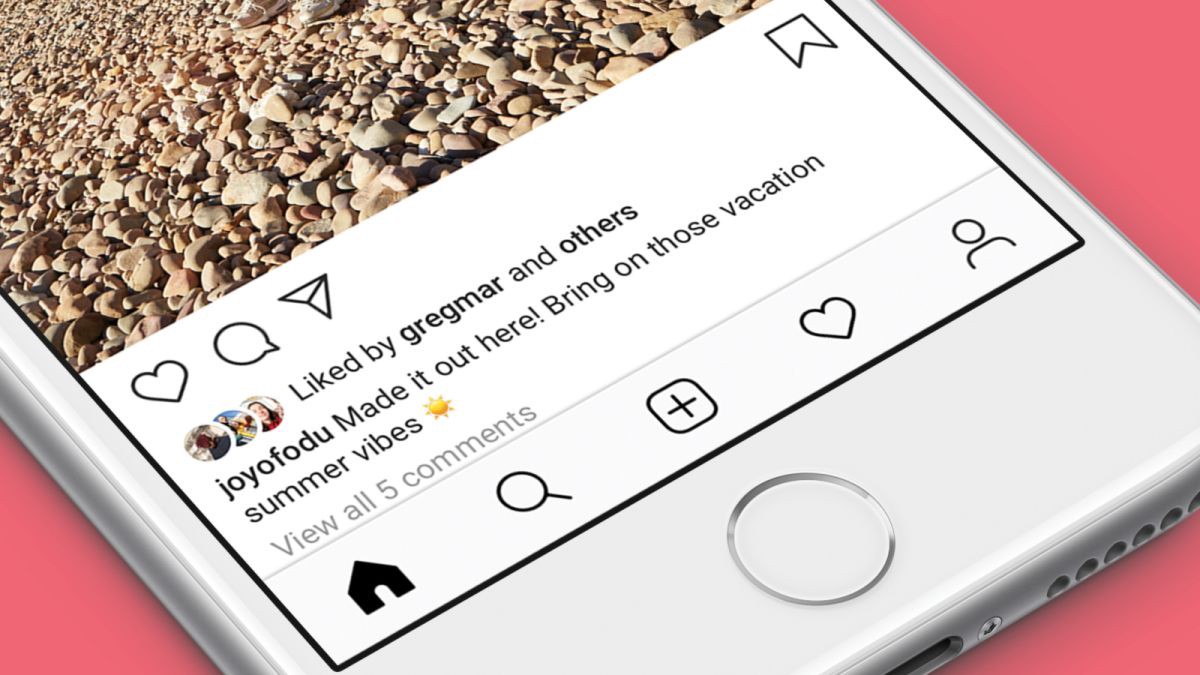 For the past few months, Instagram was running a test in Canada that hid likes from public view.  Instagram has now expanded this test to 6 other countries. An Instagram spokesperson confirmed it by saying: “We are now rolling the test out to more countries so we learn more from our global community and see how this can benefit people’s experiences on Instagram.”

One of the reasons they are experimenting with hiding the like-count to “remove pressure” on users. While individual users can still see their total like counts in the test, but they are not publicly displayed. In a recent Interview Instagram chief Adam Mosseri explained that: “We don’t want Instagram to be such a competition. We want it to be a place where people spend more of their energy connecting with the people that they love and the things that they care about.”

There is a dangerous side to social media we are all aware of, however, how would the implementation of such a change impact those working within the industry? Could this mean the death of the influencer?

‘Creator Shows’ Featuring Celebrities and Influencers Are Coming To Snapchat

Snapchat launched its original content efforts two years ago and has now announced it will be unveiling a new program called Creator Shows, featuring a host of celebrities and creators. These ones will be big names, from the likes of Serena Williams to Arnold Schwarzenegger, as well as online stars like Emma Chamberlain or Rickey Thompson.
Snapchat is therefore focusing on personality-driven shows to generate attention and drive engagement.

The creators taking part in the first iteration of the Creator Shows are Emma Chamberlain, Loren Grey, and Rickey Thompson. Thompson will weigh in on fashion and lifestyle trends on “Trend or End” while Gray will offer beauty advice on “Glow Up”. The shows will begin airing this month and are all exclusive to Snapchat. While the company hasn’t revealed viewership numbers for its original shows, it has stated that daily time spent watching those shows have tripled over the past year.

Moreover, Snapchat will be testing a new section to house these creator shows instead of Discover. The aim if for the “Shows” section to make it easier for users to find and engage with Snapchat’s original content. 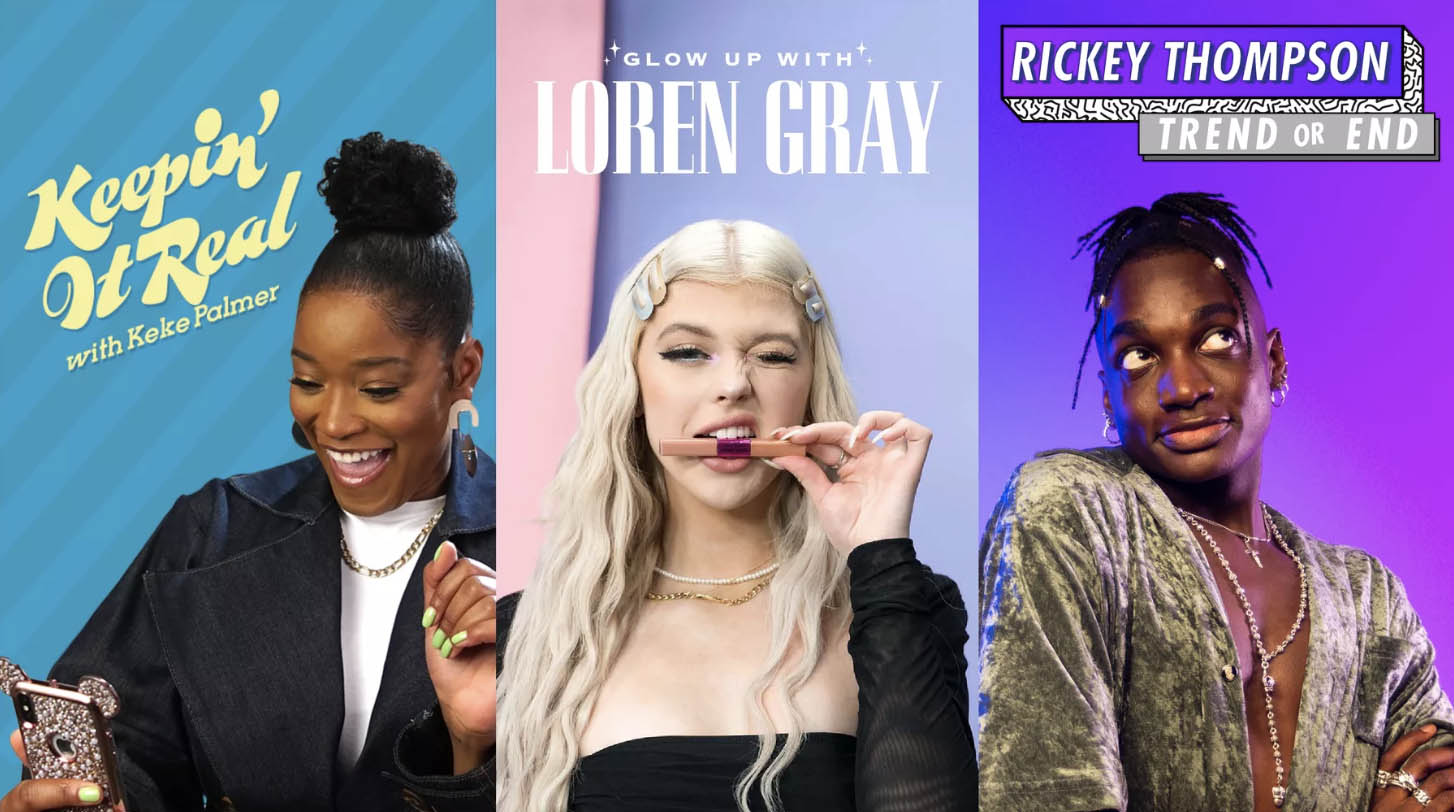 TikTok Appears To Have Acquired Jukedeck, A Music AI Startup 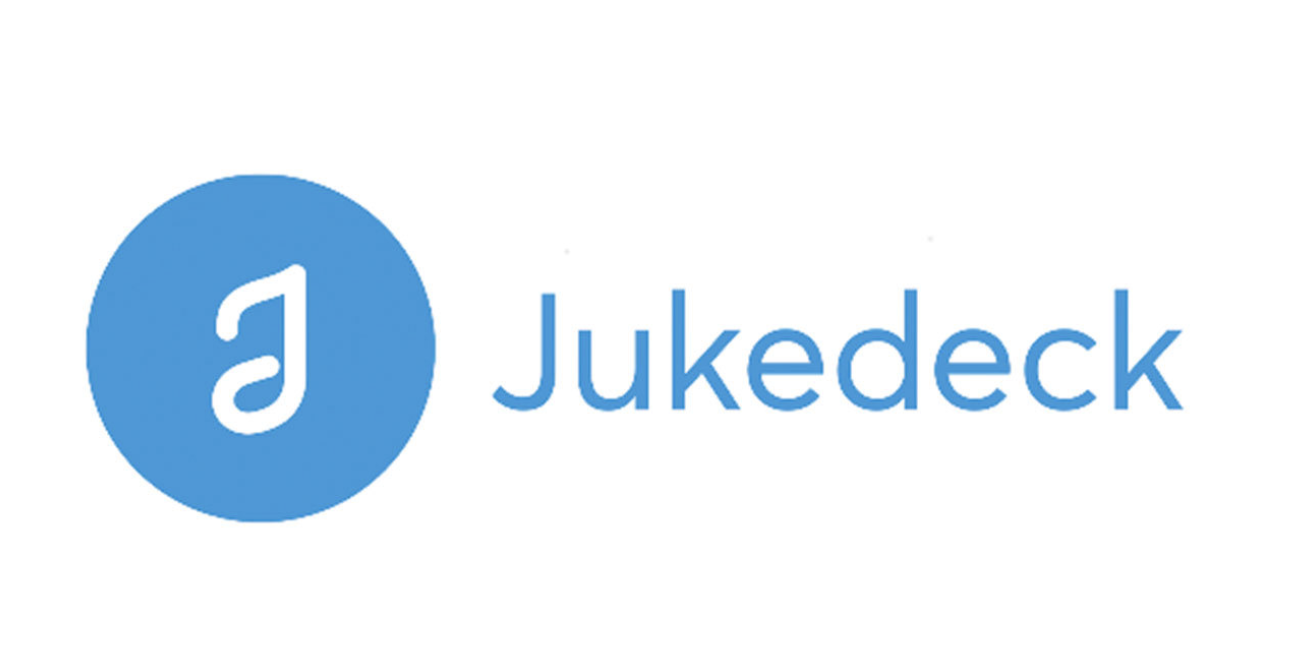 TikTok owner, ByteDance has reportedly bought Jukedeck, a UK startup that uses artificial intelligence (AI) to automatically generate original music.This was first reported by Music Ally after the startup’s founder and CEO Ed Newton-Rex along with some other colleagues updated their LinkedIn profiles to show ByteDance as their place of employment. Jukedeck’s CEO now lists his position as director of ByteDance’s AI lab.

Although TikTok videos tend to be based around licensed music, take the example of hit “Old Town Road”, an app like Jukedeck could offer a lot of opportunities for TikTok users, given that they would get more creative control to customise their tracks. In addition, it could also be beneficial in terms of licensing. TikTok currently has to pay for the catalogue of music that it offers, so the more royalty-free tracks, the less it would have to worry about who owns the rights to the music.

Pinterest, in collaboration with emotional health experts at Brainstorm, Stanford’s Lab for Mental Health Innovation, the Vibrant Emotional Health and the National Suicide Prevention Lifeline is rolling out a collection of emotional well-being activities that people who are experiencing anxiety or are in distress can do within its app.

People who search for things like “stress quotes”, “work anxiety” or other terms alike will now be given the possibility to explore a range of guided “emotional well-being” activities created to improve their mood and overall well-being. This “compassionate search experience” will be available within the next couple of weeks to users in the US on both iOS and Android. The app, however, would be looking to expand to all of its users in the future.

Pinterest wants its platform to be “an inspiring and welcoming place for everyone” and while the collection of guided activities is “not meant to replace professional care”, notes Annie Ta, Pinner Product Manager, it may very well help someone in need. 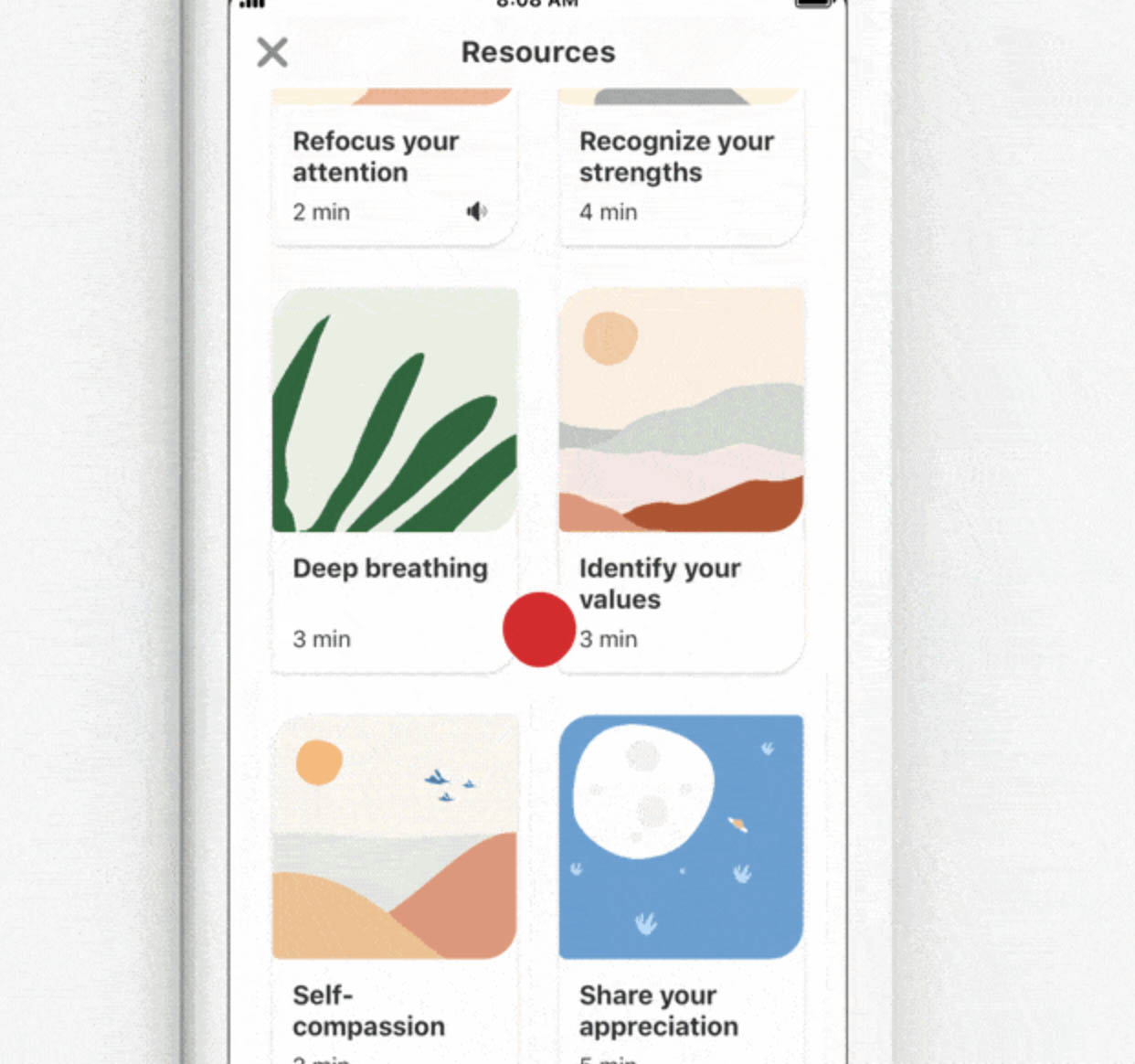 Facebook To Change The Ad Layout On Its Mobile News Feed

Facebook has announced that as of the 19th of August, mobile News Feed ads will be compressed in order to “match the look and feel of the new Facebook design introduced earlier this year”, meaning that now more than ever, those first few lines will have to make an impact. Facebook ads placed in mobile will show three lines of text as opposed to the seven that were available. Users will have to then click if they want to “see more”. Maximum media height for photos and videos will reduce to a 4:5 aspect ratio compared to the previous 2:3.  This is a crucial change for those advertisers who use Facebook ads, as they will now be forced to make them more engaging given the competition for attention in News Feeds. 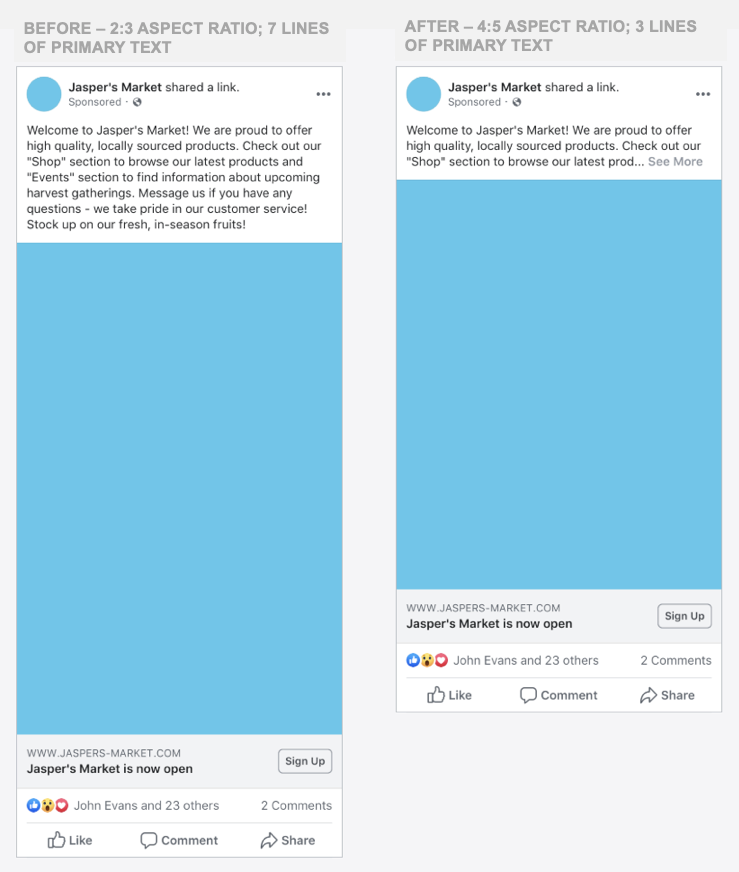