Google is looking to provide more advanced and engaging ad tools, announcing the addition of 3D ad displays as well as new AR and Live options for YouTube.

Firstly, Google will be introducing ‘Swirl’ 3D display ad formats, which will help brands provide more interactive and engaging experiences for their costumers. As explained by Google: “Swirl brings three-dimensional assets to display advertising on the mobile web, which can help educate consumers before making a purchase. They can directly zoom in and out, rotate a product, or play an animation.” 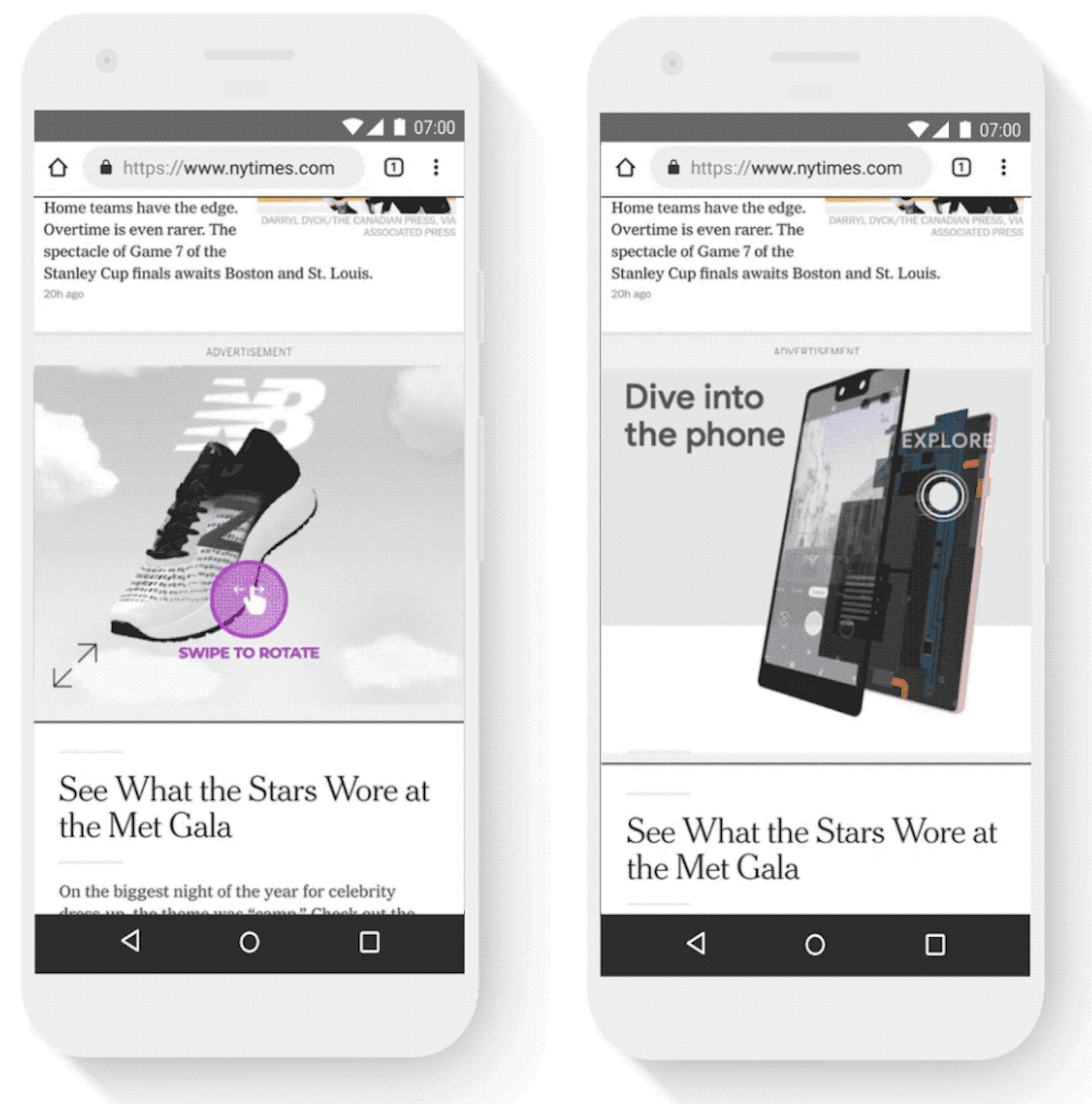 This new immersive display format will let consumers view products in 360, allowing them to rotate and zoom in and out on a product.

Google has also announced new immersive ad formats for YouTube. Knowing that makeup tutorials are some of the most popular content on the platform, YouTube wants to introduce AR Beauty Try-On. Although still in the very early stages of development (currently in alpha for iOS devices only), this new feature will be used in a split-screen experience while viewers watch the tutorials in question (see below).

“Thanks to machine learning and AR technology, the option offers realistic, virtual product samples that work on a full range of skin tones.” Brands and influencers will now have an opportunity to promote their products/services in a more engaging way. In addition, YouTube is also looking to help live-stream creators maximise their live content. As seen above, YouTube will enable creators to run their YouTube live stream content within display ads. This will no doubt increase link clicks, prompting users to ‘see more’.

According to Google, these new tools will be available as of this summer.

Instagram To Roll Out ‘Recents’ And Keep All Content Captured in the Stories Camera for Seven Days.

Instagram is rolling out another small Stories tweak. Any content captured via the the Instagram Stories camera will now be kept in ‘Recents’ for posting any time in the proceeding week. As per Instagram’s description: “Never miss a moment. Take as many photos and videos as you like, then post your favorites later.”

New! Instagram will now save everything captured with the Stories camera in the app for 7 days

You can then visit ‘Recents’ to share your favourites later

As of 2016, when the ‘draft’ option rolled out, Instagram has let users save unfinished posts and come back to them later. Users can think of this new update as a draft for Stories rather than posts. Although a minor change, it is one worth noting. To some degree, this is already a possibility if users upload from their Camera Roll, but this will be native to Instagram, encouraging more on-platform engagement. It is still unclear at this stage when this new update will be rolled out to all users.

In recent years LinkedIn has established itself as a hub of professional insights. As such, it is not just recruiters they need to cater to, but also its users. The newest addition to the platform aims to do just that. While there are many different steps in the hiring process, arguably, one of the most important remains the job interview. LinkedIn is acknowledging this and will now roll out a new listing of common interview questions to help users with better prepare for interviews. Setting out to help with their presentation skills. Premium members will also get access to“expert-approved sample interview answers.”

LinkedIn is also adding a new option that will let members practice their responses via video, which they can later watch back, and share with others privately for extra feedback. These new preparation tools have just rolled out to English speaking countries, and the option to share video responses will come later this summer in the US. 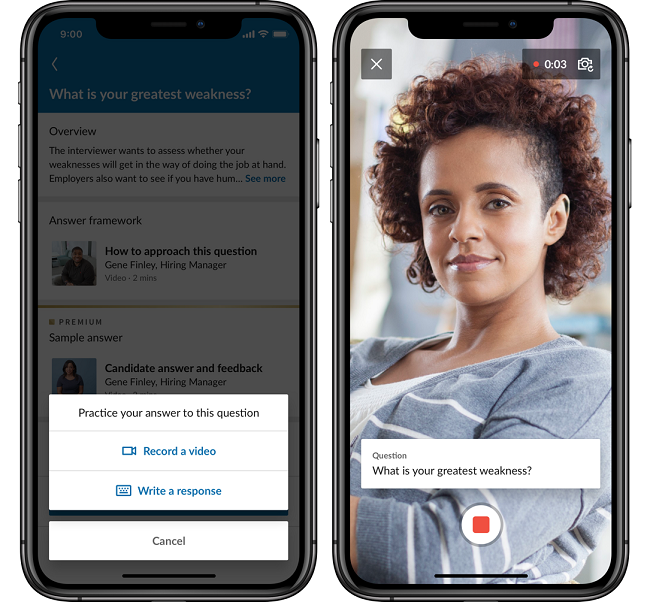 Microsoft Is Bringing AI To Powerpoint, Will Stop You From Swearing And Stuttering

PowerPoint has just announced a new way to help users prepare for presentations. Presenter Coach is an AI-powered tool that will appear during rehearsal mode on PowerPoint in order to help them improve their skills, suggesting better pacing and filler words. What is even more interesting is the fact that this new feature will also help users improve their language. The AI-assistant will recommend alternatives when users swear and use profanity.

According to Microsoft, they will be adding this new AI-assistant feature because they have “received feedback from educators, students, and customers that people want an easy way to practice their presentations to improve their public speaking abilities.”

Check out my demo 👇 of the incredible new “Presenter Coach” in PowerPoint Web. AI-driven feedback on how to become a better presenter, w/ real-time feedback and a report at the end.

Presenter Coach will roll out sometime this summer but will only be made available to “cloud-based and subscription dependent” versions of MS Office. Meaning that only users of Office 365 and PowerPoint on the Web will have access to it.