Spotify is testing a new unreleased ‘Social Listening’ feature that lets users create and contribute to real-time collaborative listening queues. According to tech-blogger Jane Manchun Wong, who was the first to spot this feature (see below), this one is so far only available to Spotify employees, and remains unclear when, if ever, it will roll out.

As seen from Wong’s screenshot, by scanning a bar code, users will be synced up and then allowed to build a music queue together. This new feature, however, does not allow for synchronise listening, at least not for now. It is nonetheless an interesting feature, and if it sees the light could make Spotify more sociable, encouraging people to spend more time on the platform. While Spotify already offers a Collaborative Playlists feature, this one isn’t real-time.

Spotify has also reportedly been testing a Stories feature for artists, similar to Snapchat’s, meaning that the app is likely pushing for more connectivity among users.

Spotify is working on Social Listening, letting friends to control music together with their own devices

Scan Spotify Code or open link for it to begin

Facebook has just launched its very own take on Snapchat’s Bitmoji. Called Avatars, this new feature allows users to create their own virtual identities that can be used as stickers in chat and comments. The feature is currently only available in Australia, but is set to roll out globally at the end of this year or at the latest by early 2020. Users are given 18 customisable categories for their Avatars, allowing them to choose different hairs, clothing, facial features, etc… Once users have personalised their Avatar’s face, hair, and clothes, they’ll star in a range of stickers conveying common emotions and phrases (see below).

“There’s been a ton of work put in to this from the product and design perspective to find out, with how many people on Facebook, how to make this as representative as possible” said Jimmy Raimo, Facebook’s Avatars communication manager.

For the time being, Facebook will not be monetising Avatars. There are no sponsored clothing options from fashion brands just yet, however, Raimo has said they are not ruling out the possibility of it happening in the future, stating that “it would help personalise it for sure and from a business perspective that would be smart.”

We continue to see a shift from text-based to image-based communication when it comes to social, and although late to the party (Bitmoji has been around since 2014), this could still be a huge opportunity for Facebook. 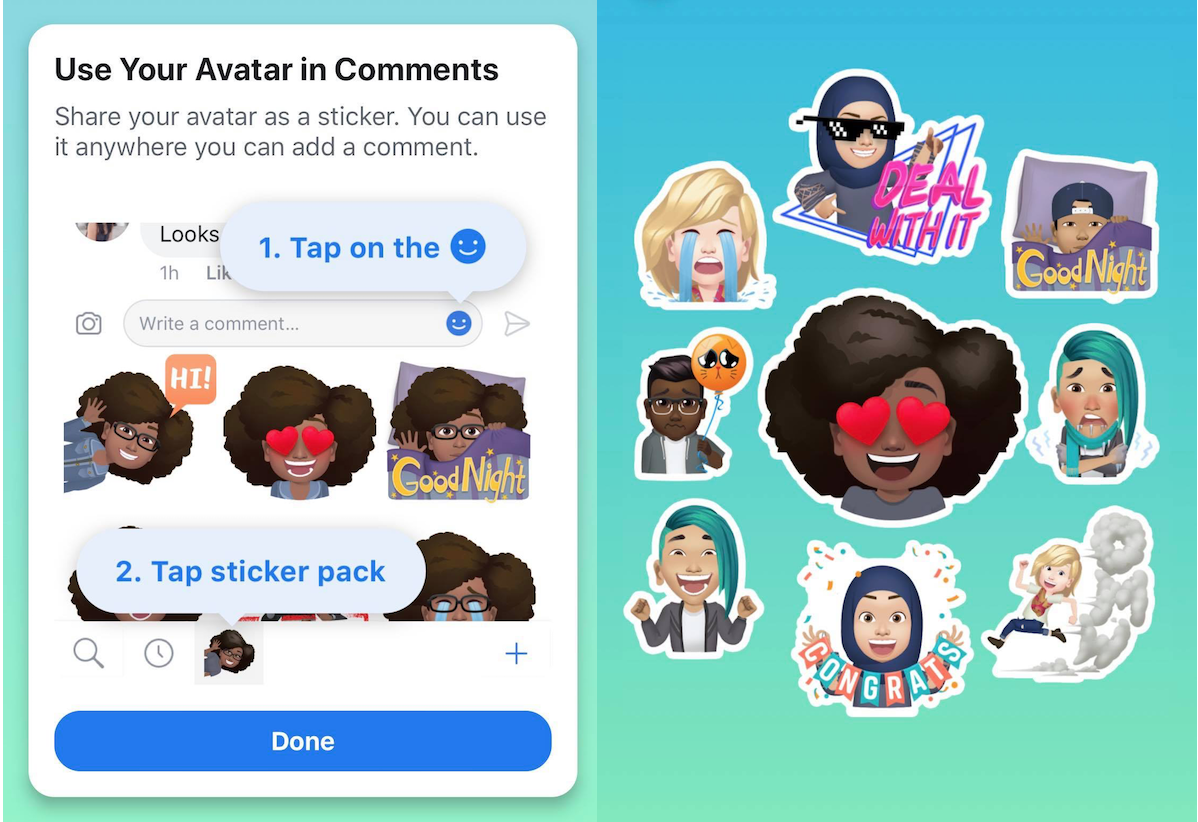 YouTube’s latest partnership with ticketing firm AXS, one of the biggest ticketing companies within the US market, is set to be a major expansion; “combined with [their] existing partnerships with Eventbrite and Ticketmaster, YouTube now covers more than 90% of the US ticketing market.”

“Fans watching videos from YouTube Official Artist Channels will now see listings from AXS events included on the video page,” explained YouTube. “Taking the jump to the live experience is easier than ever, allowing viewers to simply click on the ‘tickets’ button on YouTube and purchase tickets to their most desired events directly from AXS.”

This service will first be available in North America before coming to other markets in the future. The AXS integration is another element for artists and marketers to consider, and gives Youtube the opportunity of becoming an even more valuable platform for artists.

Netflix Is Testing ‘Extras’, An Instagram-Like Feed Within Its Mobile App

Netflix is testing a new ‘Extras’ feed on its mobile app that offers Instagram-style content, allowing subscribers to scroll through recommended Netflix Originals, set reminders and share trailers with their friends.“We are testing a feed of video extras in our mobile app to help fans connect more deeply with the titles they love and discover new ones to watch,” a Netflix spokesperson confirmed.

At the moment the ‘Extras’ tab is only available to a limited test group and is still unclear whether it will be rolled out worldwide.The Netflix’s spokesperson said that “tests typically vary in length of time and by region, and may not become permanent.” 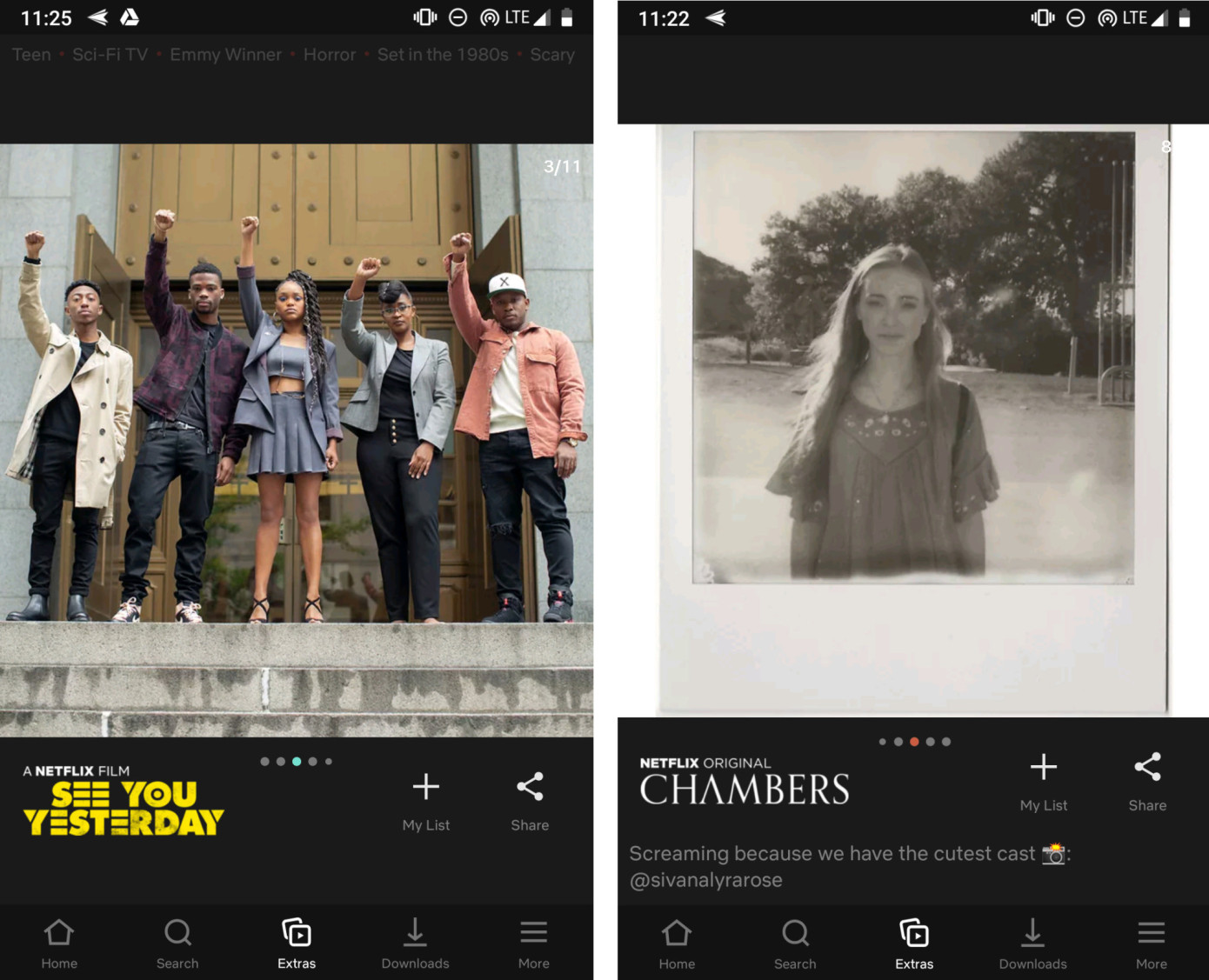