Facebook’s “View As Public” feature was removed from profiles last year when a security flaw exposed 50 million users to potential hacks. Facebook explained at the time that “it’s clear that attackers exploited a vulnerability in Facebook’s code that impacted “View As”, a feature that lets people see what their own profile looks like to someone else. This allowed them to steal Facebook access tokens, which they could then use to take over people’s accounts.”

Facebook will now be re-enabling this feature, allowing users to see what their profile looks like to people they aren’t friends with on Facebook. Facebook made an announcement stating, “today, we’re making it easier for people to manage their publicly visible information on Facebook with two updates: (1) we’re bringing back the “View As Public” feature and (2) we’re adding an “Edit Public Details” button directly to profiles.” You can see the “Edit Public Details” option on the screenshot below, which will give users greater control over the information they share to non-friends. The re-introduction of the ‘View As’ functionality will ensure users are comfortable with their publicly available information. It is no surprise that Facebook would introduce these changes, given its attempts to focus more on privacy. 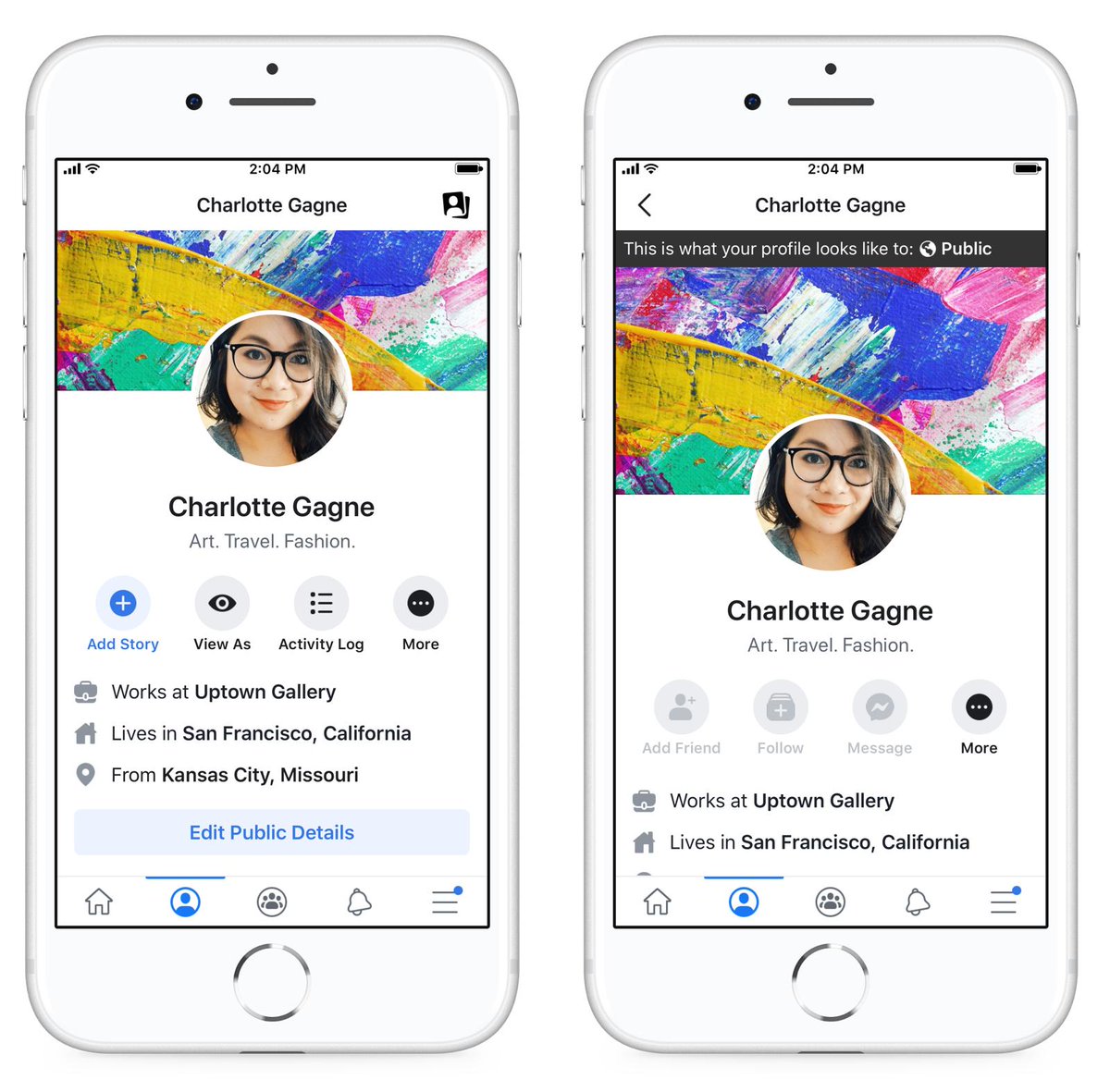 On the subject of privacy, it would appear that Facebook is one step closer to releasing their “Clear History” feature. This one has been long-awaited and is expected to roll out in the next few months. Facebook’s Clear History tool is a privacy feature that will let users wipe the information the social network has collected about them from third-party apps and websites. This feature is thought of as a transparency tool that can give users more control over their data. Announced as the biggest privacy feature ever to roll out on the platform, Clear History will work in the same way that browsers enable users to clear their browsing history and cookies. One click should wipe out all of your activity, on and off the platform.

In related news, Facebook made an announcement last week letting advertisers know that this coming tool may impact ad targeting. However, it was also announced that it will not be affecting measurement or analytics tools. Facebook has asserted that “it’s important to understand that advertising and protecting people’s information are not at odds—we can do both.”

Social media commentator Matt Navarra was one of the first to spot a new message on Instagram’s standalone app Direct, informing users that it would be closing “in the coming month.”

Direct, which first launched in December of 2017 as a standalone messaging app with a camera-first approach, like competitor Snapchat, was made available in countries such as Chile, Israel, Italy or Portugal but was never actually launched globally. Direct was never heavily promoted and was rather redundant, since users have always been able to send and receive messages within the main app anyways. With Facebook wanting unify its messaging apps, killing off Direct could be a first step towards that direction.

Uber is finally giving users a “Quiet Mode” to help them avoid chatty drivers, however, it will come at a price. While new Quiet Mode feature will be available to all users in the U.S., it is only on Uber Black and Black SUV premium rides. Uber said of the new feature: “If you need to respond to emails or are in the mood for a nap, make your trip a quieter one with just one tap. If you’re in the mood to chat, that’s an option too”. As to why this has only been implemented for certain rides, the company’s product manager Aydin Ghajar told TechCrunch that they were “looking to create more differentiation between the premium products and the regular products to encourage more trips.”

Users can choose if they’d like a quieter trip, if they’re happy to chat, or can keep the default setting as “no preference”. Apart from the Quiet Mode, Uber is also introducing a bags option, giving its users the opportunity to let their Uber driver know they have luggage, and also a new temperature feature, letting customers choose whether they want the vehicle to be warm or would rather have the air conditioning on. 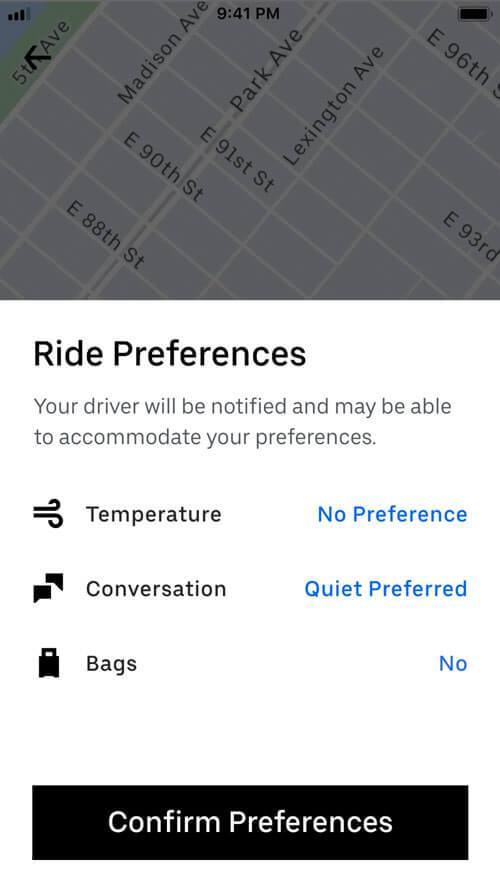