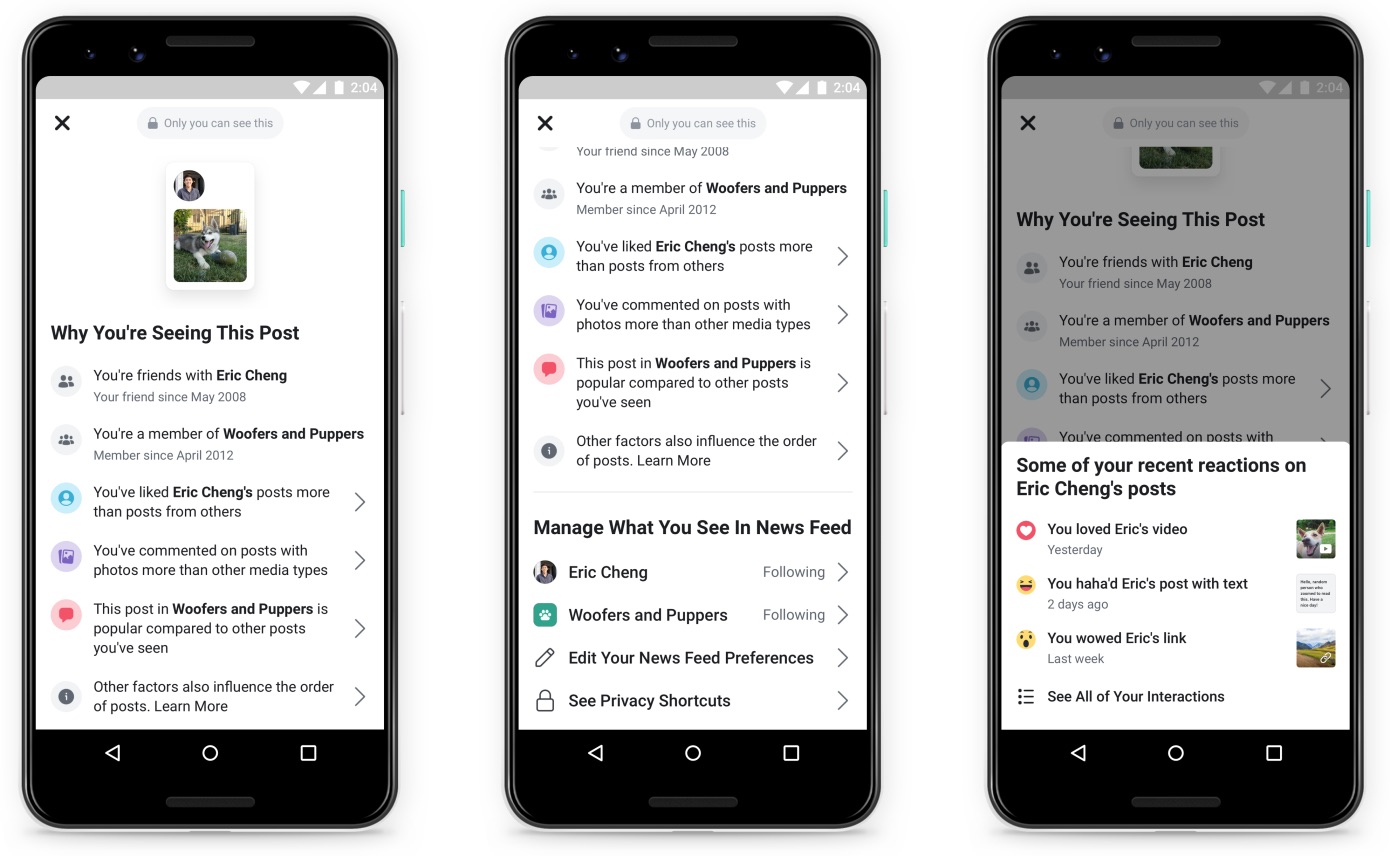 Facebook announced at the end of last week that they will be introducing “Why am I seeing this post?” which aims to help users better understand and more easily control what they see from friends, Pages and Groups in their News Feed. Similar to “Why am I seeing this ad?,” a feature that launched in 2014 and which will also be updated in order to offer more information, this new tool will mark the first time Facebook has “built information on how ranking works directly into the app”.

In their explanation video, Facebook noted that the three main factors which determine what you see in your News Feed relate to who users regularly interact with, the media type of the post, whether it is a photo, text, link or video, and the relative popularity of the post thus far. This will give users more transparency into how the News Feed algorithm works, providing as well, which information has the largest influence over the order of posts. 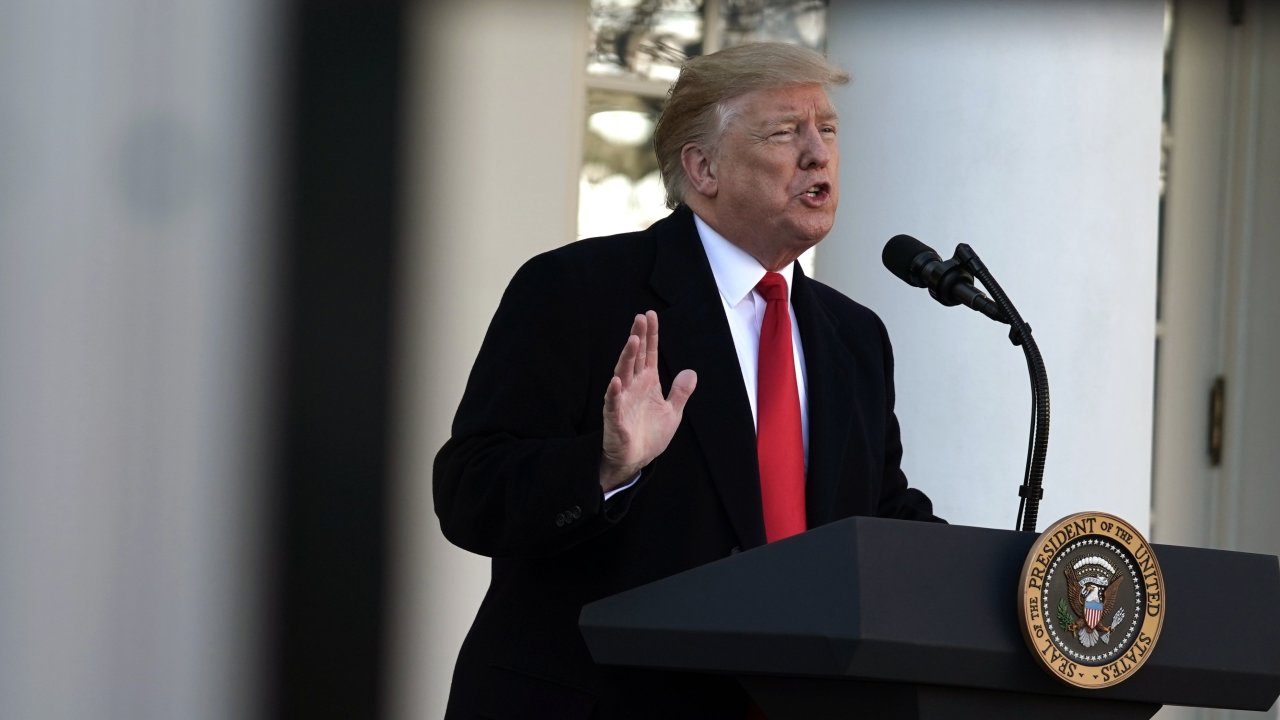 The company has faced criticism for allowing high profile users to tweet hateful content on their accounts, particularly the President of United States, Donald Trump. According to Twitter, these tweets should not be penalised or removed because they are newsworthy and serve the public interest; people have a right to discuss what the President or other public figures say. However, this poses a question regarding the threshold for a ‘public figure’. Are verified accounts held to a different standard than everyone else?

Twitter’s head of legal and policy Vijaya Gadde just announced that they are considering the possibility of labelling those tweets which are in violation of their rules, but that have been left up on the platform because they serve a particular purpose, stating that a labelling system would help to clarify which tweets are exempt. The current system, she said, is confusing because said tweets can live on Twitter where people can see them and assume “that is the type of content or behaviour that’s allowed by [Twitter’s] rules”. This, Gadde said, would “force people to acknowledge what this is and make the choice of whether to see it or not versus it just being on the platform with full visibility.” The platform is therefore exploring ways to provide more context around certain tweets.

Twitter delivers on its promise and releases Darker Dark Mode 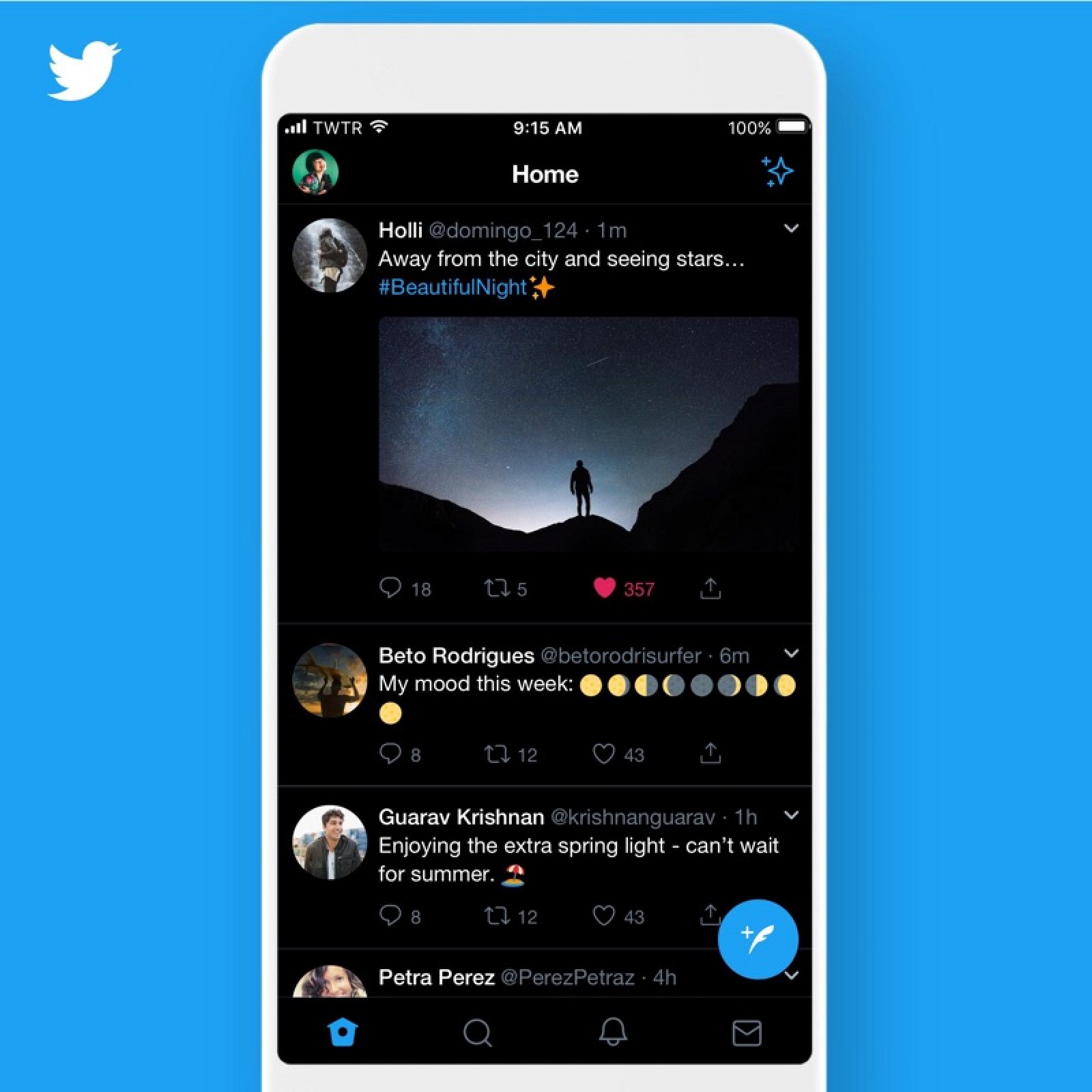 This Friday Twitter delivered on its promise of creating a ‘darker’ Dark Mode after users had complained the existent mode wasn’t dark enough and would still be hard on the eyes. Twitter CEO, Jack Dorsey, noted back in January that it was an issue they wanted to fix. They have now delivered, providing users with a wider range of dark and lights out options.

Twitter got insightful feedback from the Twitter community, which they effectively incorporated in their latest update. The Design team at Twitter further explained these changes by stating that they decided to change the name from night mode to dark mode after realising that not everyone would use this mode during night time, and changing its icon as well, from a moon to a lightbulb. Access to this mode has also been made much faster, and while it is still available in settings, you can now also swipe right and hold down the light bulb icon at the bottom to access it. Twitter has also brought its ‘Automatic Dark Mode’ to iOS, which was already available for Android. This mode adapts to your environments and “not only will it switch from am to pm, but it will also adapt to your location/timezone”.

This may open the door for Twitter to build more accessibility colour palettes and tools in the future. While the platform still has issues to fix, this update has both usage and health benefits.

Endel has partnered with Warner Music Group to put out “mood and productivity-boosting” records. 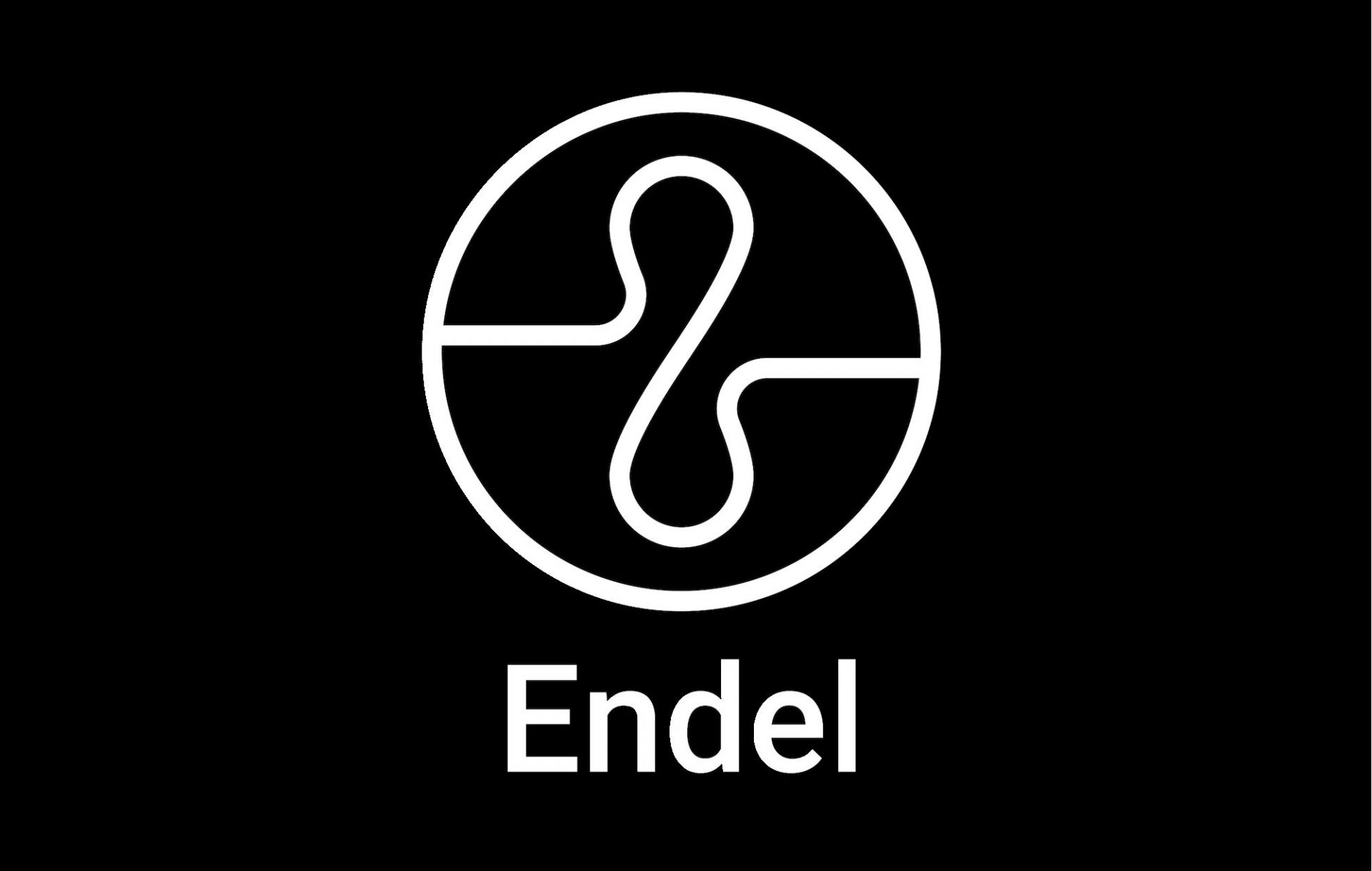 The music app Endel, which launched in Japan in November of 2018, not only became available to Alexa users last week but has also just signed a record deal with Warner. Yes, you heard that right, Warner Music signed an algorithm to a record deal. The music app will have to deliver 20 album’s worth of material, five of which have already been released. These albums can be streamed on Apple Music, Spotify, Google Play and more. The remaining 15 records such as Focus, Relax and On-The-Go will each feature five different collections of tracks.

The albums are described by Endel as “mood and productivity-boosting.” In a press release, it was stated that it “produces personalised sounds to help you focus and relax”, using technology that is “backed by science and uses personal inputs such as time of day, location, heart rate, weather”, in order to “create custom sound frequencies to enhance one’s mood towards sleep, relaxation, and focus.”

Endel have said that the records are not designed to replace musicians, however this might disrupt the market as it lowers production costs to zero. Just last year, a robot wrote a song in the style of the Strokes by using algorithms.

It is now easier to quickly react to posts on Facebook

In an effort to maximise user experience, Facebook has added a new option that enables users to react more quickly to posted photos and videos. The new option enables users to tap and hold on a video or photo to bring up the reactions bar, letting you quickly react or add a comment to a post. Although this is a simple new option – at present you have to go to the bottom of the post and hold the Like button – it is another effort from the Facebook team to prompt user responses. Facebook is often looking for ways to increase engagement and after their reported decline in on-platform activity, it is worth a try.

While this may not be a significant update for marketers to consider, this new option could become more relevant in the future if it does increase on-platform interaction.