Slow texters, people that stay friends with their exes, cat-lovers, pineapple on pizza, those who say “hello”, rather than “hi” or “hey” – well, there’s a little snippet of what the public now deems to be “red flags”, according to the latest social media trend.

If you’re a user of Twitter, Instagram, Facebook or Twitter, you will have likely seen posts describing conversation deal-breakers, punctuated with the 🚩 emoji, dominating your news feeds over the past few days. “Red flag”, the modern go-to descriptor for a sign of problematic behaviour, is now the premise of the latest viral meme. 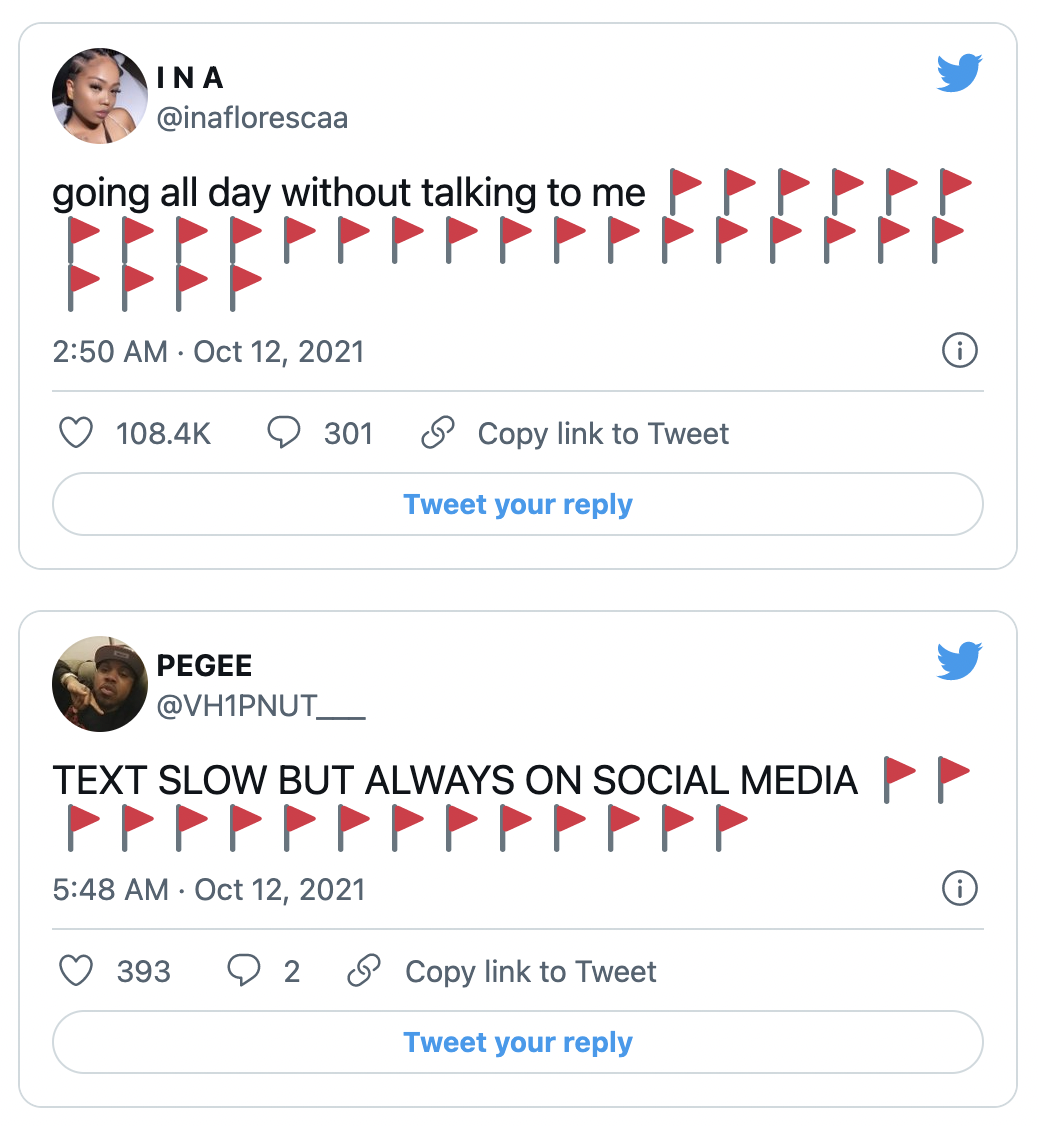 Brands and companies have now also jumped on the bandwagon, using the trend to promote their own services in a humorous and relatable way. 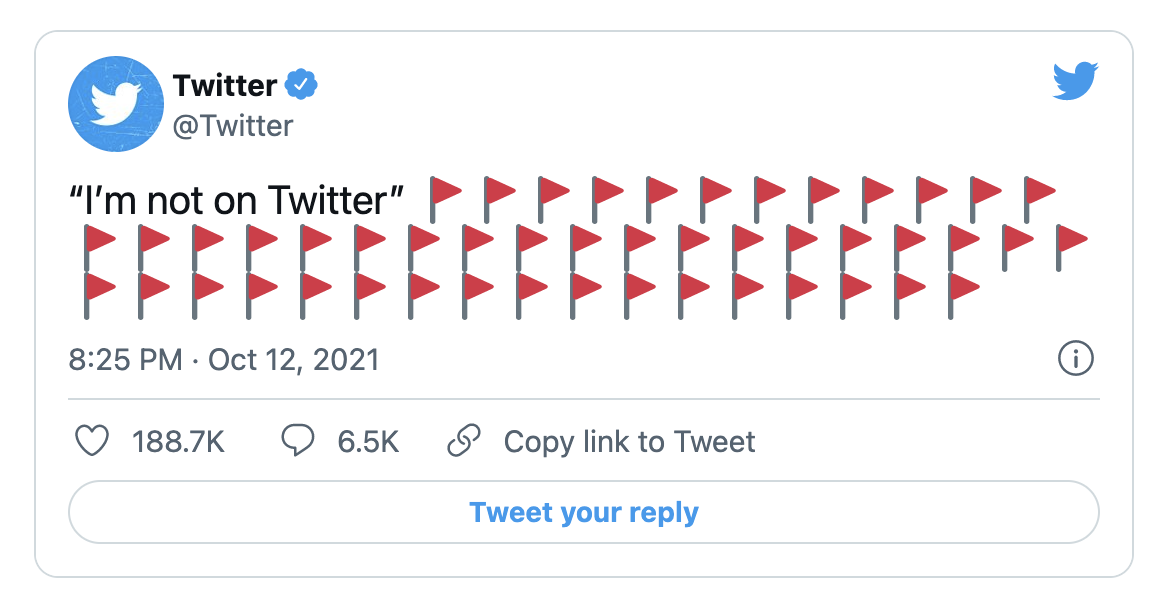 Twitter has reported a 455% increase in tweets using the emoji over the last week (in the US) and, by Tuesday, there were a whopping 1.5 million red flag emoji tweets globally. This is one of those trends that has seriously taken the world by storm – what will be next?