Despite the bitterly cold weather, Japanese ice cream brand ‘Little Moons’ has recently seen a drastic rise in the sales of its mochi desserts.

Why? This surge in popularity is thanks to a viral trend on TikTok, once again proving the hot-short video streaming app’s power to influence consumer behaviour.

TikTok churns out a new viral trend each week. However, when a brand is involved, these fads can have incredible long-term consequences. Think back to Pringle’s #PlayWithPringles TikTok campaign in April, which amassed millions of views in just a few hours and created great brand awareness for the stackable potato-based crisps.

A similar situation is happening now – thousands of people are joining the ‘Little Moons’ TikTok trend, trying and reviewing the Japanese desserts on their account, or filming their supermarket quests to find the cheapest deals. 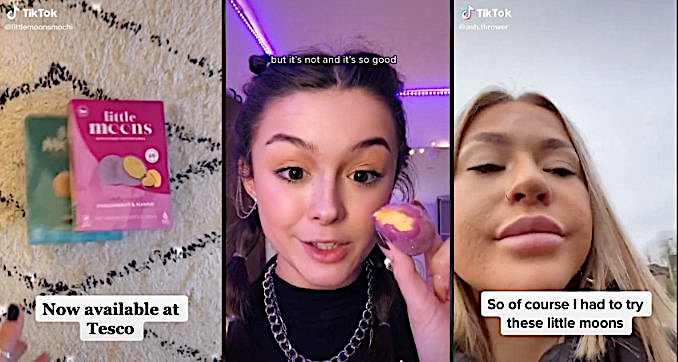 At the time of writing this, the hashtag #littlemoons has 91.8M views and #littlemoonsmochi has 73.5M. The product has been around for nearly a decade, yet Tesco’s sales of ‘Little Moons’ have risen by 700% in the the past week, whilst retailers all over the country are now labouring to keep these these treats in stock.

Brother and sister, Howard & Vivien Wong, launched ‘Little Moons’ in 2010, with a vision of sharing Japanese mochi with the world and increasing the traditional sweet’s popularity.

‘Little Moons’ has gradually gained traction over the last ten years, its popularity spiking when the company released the ‘Cookie Dough Ice Cream Bite’ and bought a £3.5m Mochi-making factory to deal with escalating international demand. 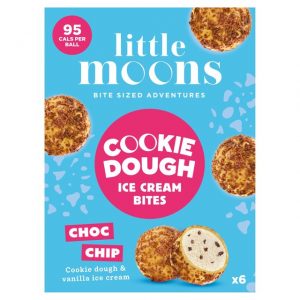 TikTok, however, has helped the brand flourish in a short (and sweet) space of time. You can head over to the ‘Little Moons’ website to find out more, or get a batch from your nearest supermarket – go and get a taste of what the hype is all about.