Last week, a student in America created a budget ‘Sprite’ advert from her college dorm that has since blown up on TikTok.

The video has racked up 16.6 million views and 4.5 million likes on the increasingly popular video-sharing app, made its way onto other major platforms (such as Twitter, Reddit and Youtube) and iHeart Radio even reposted it with the caption “Okay someone give her a job!”

In the video, the student uses her dorm room desk and white bed sheets as a backdrop, a ring light for lighting and a paintbrush to cleverly manoeuvre her props.

The creator Ashley Xu (@ashhasacamera)’s feed is bursting with innovative, seemingly high-budget videos that are captivating the Gen Z community on social media.

Users of Reddit reacted to the viral TikTok, with one stating they are “sold” and are “going out to buy a Sprite.”

The video, being hard evidence that the creative processes is becoming democratised, has sparked conversation amongst creative industry leaders on whether they need to reevaluate their production processes.

How to get big and go viral online is constantly evolving – content, like Xu’s, is testament to the fact that you now don’t need lots of money or a swanky production studio to create content gripping, shareable content.

What does the success of this one-woman production mean for creative industries? What can they learn from these amateur creators and how can they adapt their campaigns to engage younger audiences?

“It’s awesome to see that the creative process is no longer limited. As much as larger productions have fantastic benefits for brands, we don’t always need a traditional channel to express our creativity, thoughts, ideas or beliefs.

Social media has allowed individuals to express themselves and their creativity without compromise. It’s also made the feedback loop shorter. Ideas can be vetted with more efficiency.

It’s exciting that people are not necessarily acquiescing to the status-quo set by a previous generation. Agencies should take note of how Gen Z is utilising these platforms. I hope we as an industry are paying attention.”

“I have a lot of respect for what creative and production agencies have to do to get the work done, and [this video] makes the production look deceptively simple.

But there is room for more agility in production at agencies. At Wieden + Kennedy, for example, global CCO, Colleen DeCourceym spoke to the IAB about how the agency has moved from large-scale commercial shoots to more nimble captures on smartphones.

There is always a lesson from every generation. From this generation we are seeing a more native understanding of branding and franchising, as well as native literacy on social media. Just look at the success of FaZe clan and Hype Houses.

When Steven Spielberg and Spike Lee first started making films, it required investment in equipment, tapes and editing bays. This can all be done in your pocket now, and the tools increase in sophistication every year. To stay modern, agencies should always be looking to learn and adapt new tools to streamline those processes.”

“[This video] gives substance to one of the greatest myths in advertising: that anyone can have an idea because of the technology available today.

But that doesn’t necessarily make those ideas good. Creativity lies as much in the making as in the concept. It’s a good time to be more experimental, as brands want to produce their content faster and cheaper.

[Agencies should] stop believing that “anyone must have an idea about the idea.” Too many people feel obliged to review and tweak the work, and that can create more confusion. Agencies and brands need shorter validation processes and more trust in their teams, and between each other, to free spontaneity.

[Gen Z] is able to juggle a culture of experimentation and DIY aesthetic and an embedded obsession of flawless, patient craft — which agencies can learn from.”

Take note, as these viral videos crafted by low-key creators might be the key to success for your next big campaign. 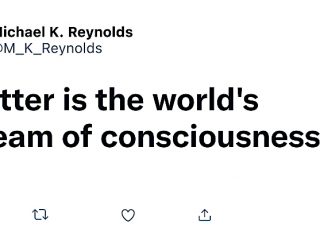