Stopping the Spread: How are social media platforms stopping the spread of misinformation this US Election Day?

Whilst we prepare for the UK to slow back down into a lockdown lull, the world also tensely awaits the results of the US Presidential election.

Held in the midst of a pandemic, the circumstances of this particular US election are rare, peculiar, and disconcerting. Mail-in ballots have become the primary way of voting, social networking has become an even more potent and necessary form of communication, whilst President Trump has even cast doubt on whether he will commit to a peaceful transferral of power. There is therefore the potential for a dangerous concoction of delayed, convoluted election results and fast circulation of false information online. However, social media platforms (such as Twitter and Facebook) have proven they are better equipped than ever to stop this dangerous spread of misinformation.

Last month, Twitter addressed how they would deal with misinformation surrounding the election. They explained that they would either remove or attach a warning label to premature claims of victory before authoritative election results are in. They also stated that they would focus on labelling misleading tweets about the presidential election and other contested races with a warning stating “this tweet is sharing inaccurate information.” 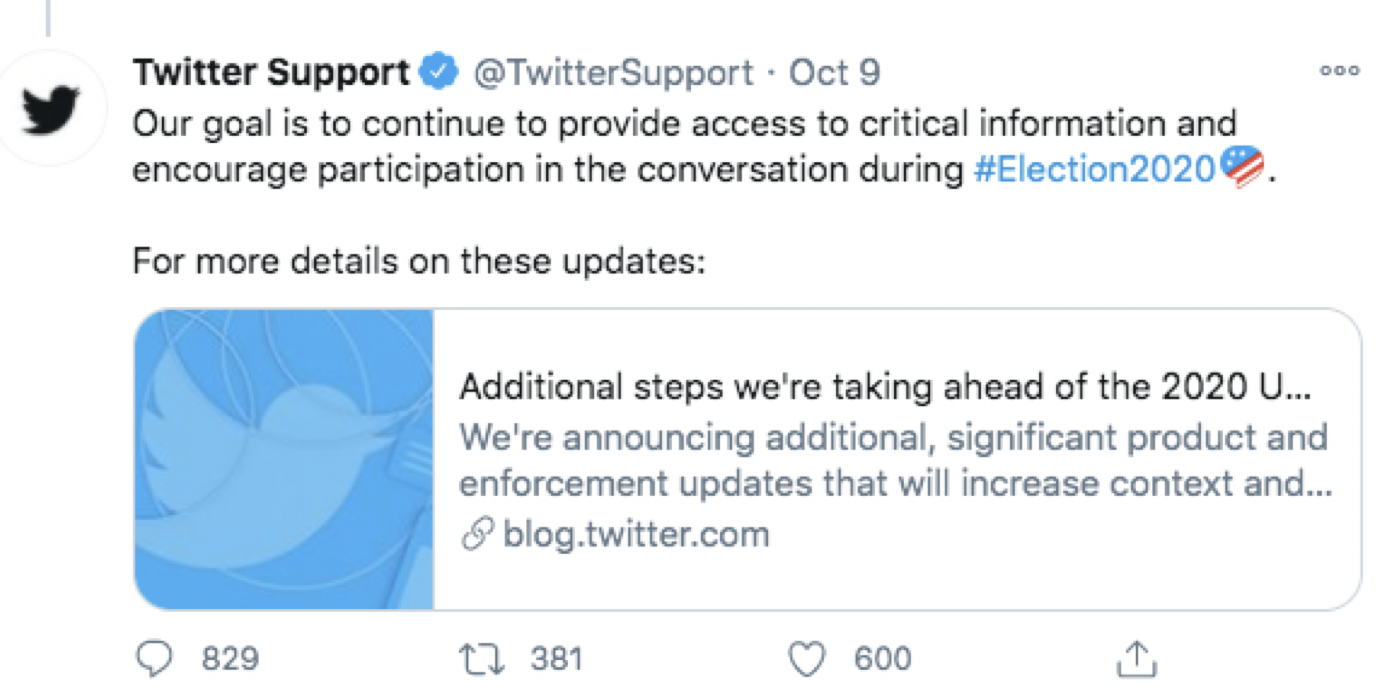 Facebook has pinned a message to the top of both Facebook and Instagram informing users that vote counting is still taking place. Moreover, when authoritative results are revealed, Facebook will alter those messages to reflect the official results. In the event that a candidate announces victory prior to the authoritative results being announced, Facebook will mark it with a notice that “counting is still in progress and no winner has been determined.”

Both Twitter and Facebook have executed their new tactics by flagging one of Donald Trump’s recent tweets as “misleading.”

Therefore, whilst we prepare to retreat into our homes for lockdown on Thursday and stop the spread, social media platforms take measures to stop one of a different kind – one that is digital, yet comparably forceful and threatening.