Limiting the interactions on Twitter will have lasting repercussions on the way the platform is used. It will make interviews and news posts more streamlined and easier to follow. On the other hand, conversations will no longer start organically, and users may see it as a way to limit their participation. It will also make fact-checking more tedious and could, therefore, facilitate the spread of misinformation and of unchecked, one-sided political ideas – something that Twitter is addressing through their new fact-checking labels.

But the reply-blocking feature can also be used creatively, as demonstrated by American rapper Lil Nas X: 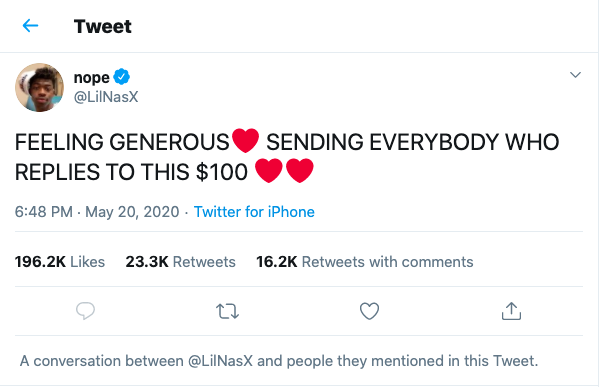 Last week, Facebook launched ‘Facebook Shops’, a new functionality that allows users to buy products directly from businesses’ Facebook and Instagram Pages. The new feature is meant to help businesses set up a shopfront online. The functionality is free to set up and a small fee is incurred on each purchase.

Facebook is partnering with third-party e-commerce platforms Shopify, BigCommerce, Woo, Channel Advisor, CedCommerce, Cafe24, Tienda Nube, and Feedonomics. Merchants will be able to use these established platforms to manage their Pages. Over one million businesses have already signed up! 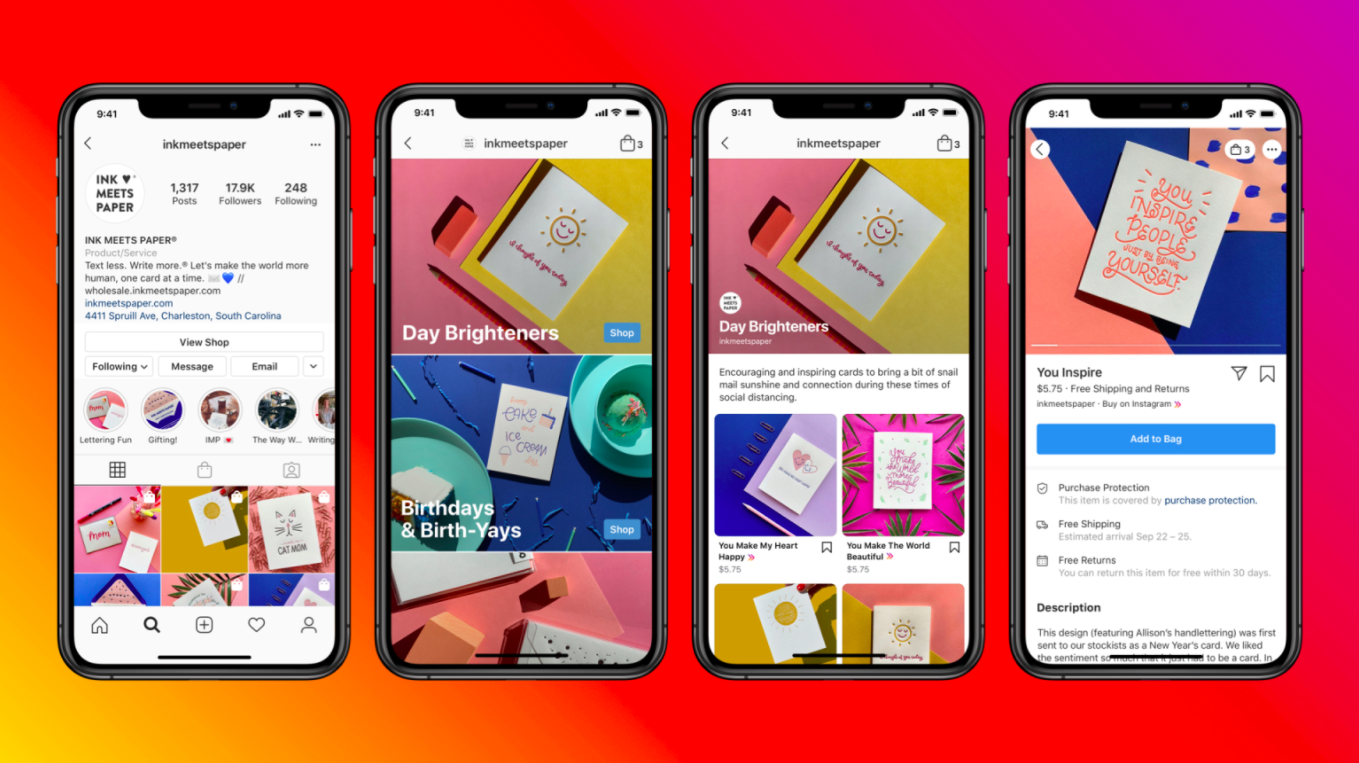 Instagram is taking steps to help protect against accidental copyright infringement of music. They have published clear guidelines for using copyrighted music. They also added a pop-up notification to alert users when they’re using unlicensed art. The objective is to prevent posts from being automatically blocked. In Live broadcasts, the notification pops up to give users time to take the music down and avoid their stream being interrupted. 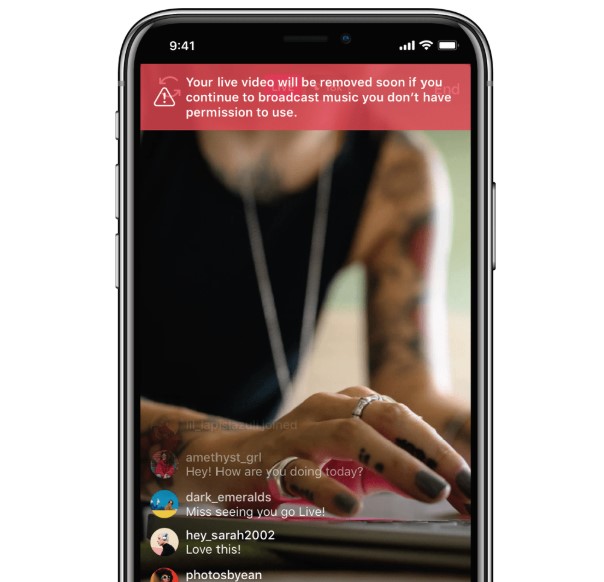 Instagram has now made Live broadcast available on Desktop. They also intend to make all Live sessions available on-demand on IGTV. Instagram launched IGTV in 2016, but it took a pandemic for it to take off. Today, they are updating the standalone IGTV app and looking for new content to build it up into a long-form video platform able to compete with YouTube. Adding on-demand Live streams is a great way to start.

Last week, Instagram introduced a new feature called ‘Guides’ that looks a lot like a more targeted version of TikTok’s ‘For You’ page. The objective is to help users access tips and recommendations from creators on the platform. In the context of the pandemic, Guides’ initial focus is on wellness and mental health. The feature will be added to the Explore tab in the coming weeks.

After Sony announced their intention to form a team of engineers dedicated to reimagining music through immersive media’ (see our story about it here), it’s now TikTok’s turn to hire engineers specialized in 3-D and game development.

TikTok is looking to build a new augmented reality ad format on its mobile platform. The AR effects will allow users and advertisers to add visual effects that will interact with the user’s environment. The video platform’s declared objective is to continue to bring creativity to the content and ensure an enhanced user experience.

But the ads also specify that the candidate should be experienced in platforms “including but not limited to Epic’s Unreal”, the same engine used to develop video game Fortnite, seen as the new star platform for virtual live music events. 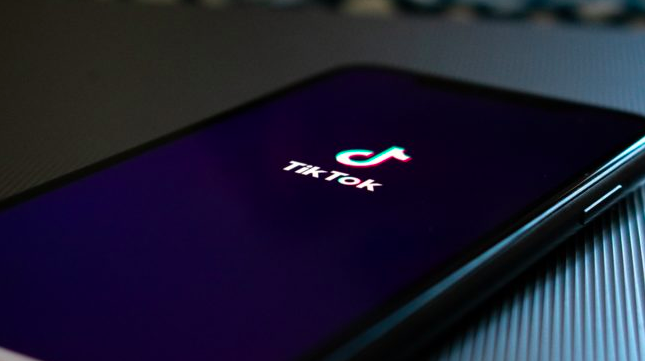