Social media apps are known to gradually adopt each other’s features. Snapchat has, in the past, arguably been the most obvious victim; its signature Stories and ephemeral messaging features have now made their way onto Facebook’s various apps. In this case, however, Snapchat is taking the reins as it attempts to re-create the TikTok experience on its own multimedia messaging platform.

The feed will feature a chain of short video clips, taken from both public and private accounts. Users are able to put forward videos to be considered for the Spotlight feed, which can be located in a new fifth tab in the app.

The best of Snapchat. Sit back and take it all in, or submit your video Snaps and you could earn a share of more than $1,000,000 a day. Happy Snapping!https://t.co/U7eG7VNJqk pic.twitter.com/mxGWuDSdQk

Snapchat’s launch of this feature, coupled with its recent acquisition of Voisey, increases its chances of evolving into a more threatening competitor for TikTok. And, what’s more, Snapchat is offering one million dollars per day in funding, which will be distributed to the creators of “winning” Spotlight clips. The Snapchat team will select the winners based on view counts, engagement along with other features. As with TikTok’s Creator Fund, Snapchat’s funding enables users to create imaginative, entertaining content with the added bonus of a potential cash prize.

It is difficult to say now whether Spotlight will give TikTok a run for its money, as the hot-shot video-sharing app is a powerful force to be reckoned with. However, Snapchat’s 249 million active users are bound to tap across to investigate their Spotlight feed. Being an echo of Tiktok’s immensely popular video stream, it might also draw in further those users that tend to teeter between both platforms.

Snapchat’s Spotlight is now available, on both iOS and Android, in the US, Canada, Australia, New Zealand, the UK, Ireland, Norway, Sweden, Denmark, Germany and France. It’ll be made available in more regions shortly. 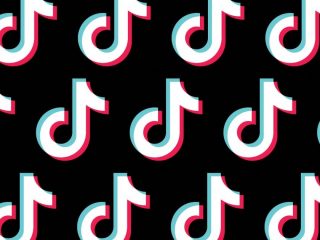