Last week, Twitter launched the newest phase of its creator payment programme: a Tip Jar option on selected profiles, allowing fans to “Show Their Love” to accounts through direct payments.

Haven’t yet seen it? This Tip Jar option will now appear via a cash icon at the top of eligible profiles, set to use once a user connects the payment provider of their choice, ie. Bandcamp, Cash App, Patreon, PayPal and Venmo.

As explained by Twitter: “We see you – sharing your PayPal link after your Tweet goes viral, adding your $Cashtag to your profile so people can support your work, dropping your Venmo handle on your birthday or if you just need some extra help. You drive the conversation on Twitter and we want to make it easier for you to support each other beyond Follows, Retweets, and Likes. We’re introducing Tip Jar – a new way for people to send and receive tips.” 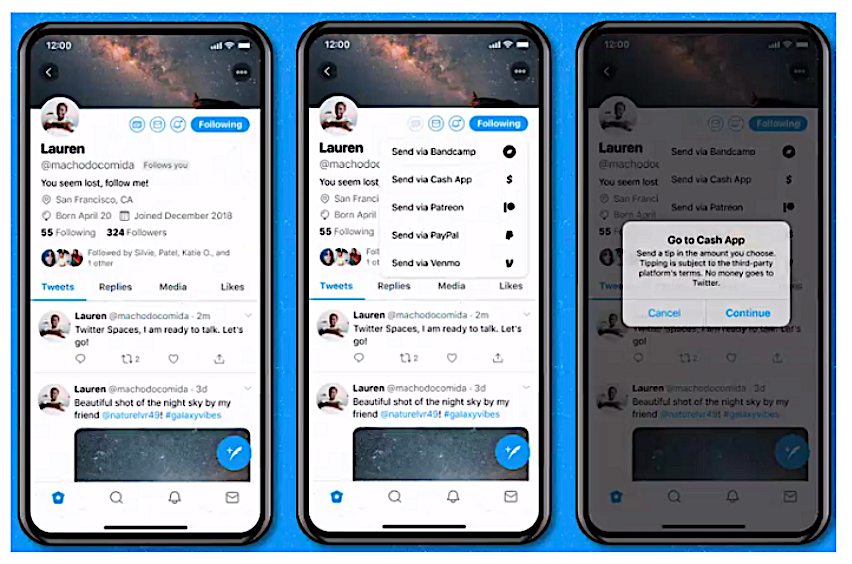 The feature is now in test mode, so, currently, only a select few accounts qualify for it. That being said, everyone using Twitter in English, on both iOS and Android, will now be able to distribute tips to those accounts that do.

Who’s currently eligible? According to Twitter, the initial test pool for tipping will include “selected creators, journalists, experts, and nonprofits,” who will be able to activate their Tip Jar option with the below button: 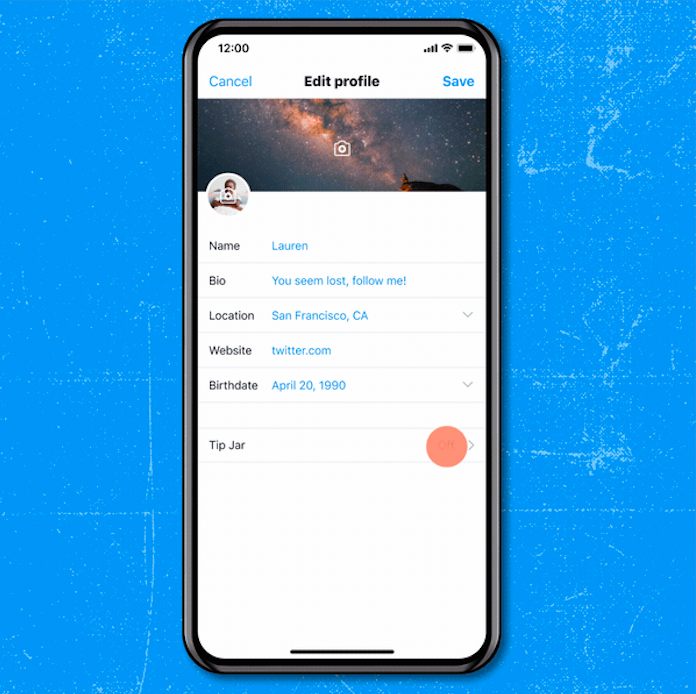 “You’ll know an account’s Tip Jar is enabled if you see a Tip Jar icon next to the Follow button on their profile page. Tap the icon, and you’ll see a list of payment services or platforms that the account has enabled. Select whichever payment service or platform you prefer and you’ll be taken off Twitter to the selected app where you can show your support in the amount you choose.”

Monetisation features now heavily populate the major platforms, such as YouTube, TikTok and Instagram. Social media giants are building lucrative eco-systems for their creators, in turn, often providing a new source of revenue for themselves. In this case, however, Twitter isn’t taking any cut from the donations – it’s, apparently, all for the users.

Twitter’s goal, however, is a knock-on effect that will benefit the company directly: these monetisation options will encourage top users to Tweet more, become more reliant on the app, and create engaging content to catalyse growth of Twitter’s userbase.

Twitter has, however, already encountered some issues surrounding privacy. To start with, as noted by cybersecurity expert Rachel Tobac, sending a ‘tip’ through PayPal means unintentionally and unavoidably sharing your personal information.

Huge heads up on PayPal Twitter Tip Jar. If you send a person a tip using PayPal, when the receiver opens up the receipt from the tip you sent, they get your *address*. Just tested to confirm by tipping @yashar on Twitter w/ PayPal and he did in fact get my address I tipped him. https://t.co/R4NvaXRdlZ pic.twitter.com/r8UyJpNCxu

Twitter has, however, since vowed to update its process.

What’s more, it has become apparent that requesting a payment through the Tip Jar button is as simple as sending one. This fault could transform the tipping tool to one that is highly irritating, with creators attempting to coerce other users into making payments with incessant requests. 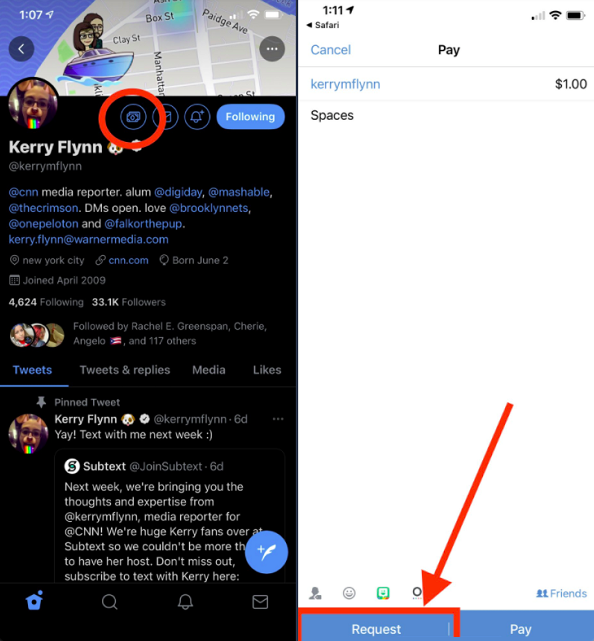 It looks like there’s some refining and fine-tuning to be done before the Tipping Tool is up to scratch. Considering the potential benefits of this monetisation feature, one can expect Twitter to waste no time doing exactly that.