New Results Showcase The Reason Behind The Popularity Of Reddit, TikTok and Snapchat

Although Facebook has been losing its shine, it continues to dominate the daily usage, according to a new report from Pew Research.

As indicated below, Pew states that YouTube and Facebook still reign as the most popular social media apps by a long way. As described by Pew:

“YouTube and Facebook continue to dominate the online landscape, with 81% and 69%, respectively, reporting ever using these sites. And YouTube and Reddit were the only two platforms measured that saw statistically significant growth since 2019, when the Center last polled on this topic via a phone survey.”

Since Pew’s last findings, YouTube has grown by 8% whilst Facebooks usage has not changed, and Reddit’s usage grew by 7%. In addition to this, it showcases the rising potential of Reddit. The network communities’ website has gone through a significant effort to reinvent and clean up the platform to improve its appeal to a mainstream audience, as it wants to expand its revenue opportunities.

Pew also discovered that Snapchat and TikTok are very popular among a younger demographic.

“Even as other platforms do not nearly match the overall reach of YouTube or Facebook, there are certain sites or apps, most notably Instagram, Snapchat and TikTok, that have an especially strong following among young adults. In fact, a majority of 18- to 29-year-olds say they use Instagram (71%) or Snapchat (65%), while roughly half say the same for TikTok.“

Therefore, if you want to connect with younger audiences, these are the apps you should be operating. If this is not your audience of choice, Facebook and YouTube have the most significant reach to an older audience.

You can read Pew Research’s full “Social Media Use In 2021” data here. 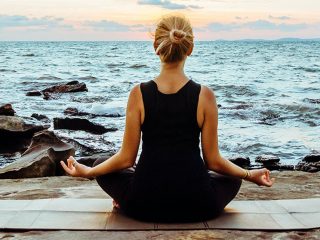 Next Post (n) Fandom Is Entertainment’s Next Digital Currency