It’s everywhere from Instagram to t-shirts, ads, interior decor, restaurants and unisex propaganda. It’s fashion mags’ go-to solution to everything. You know it, you openly (or secretly) love it. But Millennial Pink must now go.

Fourth-wave feminists originally started to claim back the use of Millennial Pink as a metaphor of the ‘reappropriation of all things girly’ – a reaction to the riot punk aura that dominated the early noughties. Since Acne Studios forced it onto pop culture in 2006, the infamous pantone has been adopted, evolved and bastardised in a million different ways, ultimately causing the loss of its original political and social meaning. It’s on buses, runways, every startup’s branding. I suspect Amorino washed down their raspberry ice cream’s colour to make it more millennial.

Most people will think that debating over colour palettes is radical-chic philosophical fluff, and I reply… look at the damage made in just a few years. Walk for 5 minutes down the capitals’ world-famous shopping streets (whether it’s London, Milan or New York) and fake pink, mass-produced messages of ‘girl empowerment’ are everywhere. “#GirlGang? Yaaaass!!” Reflecting diversity by creating a new standard is now just as original as being fifteen pretending to be drunk at parties. “I feel so alive and cool, I just puked in dad’s car” – this is the state of Millennial Pink. 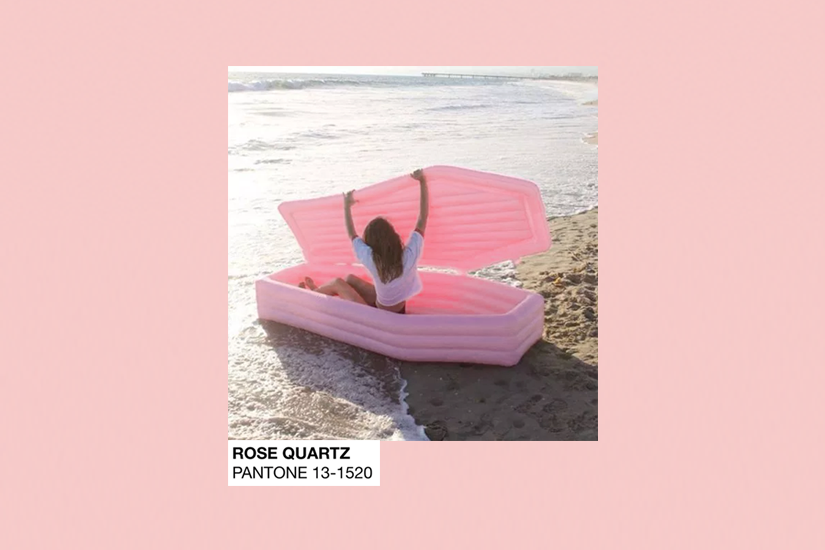 But what’s worse than pink being an empty shell of nothingness? Brands that are trying to jump on the trend so late it’s embarrassing to witness. It’s like Katy Perry every single year. See? We’re meant to be your favourite brand – look at how pink we look! You can’t reject us, we’re pink!. Pink is now a way of ‘selling fast’ by perpetuating serially produced anticonformism that instantly becomes conformism.

So let’s keep buying millennial pink and pretend it’s edgy and groundbreaking just to not appear anti-feminist. Millennials are already changing the meaning of adulthood ‘I Can’t buy a house ‘cause I spend all my money on £10 Avocado Toast’ and surrounding themselves with childhood emblems from rainbows to unicorns – in order to create a parallel dimension to cope with the world’s troubles. So what’s the worst that could happen? We’re all ready for 2019’s Space-Jam teen male empowering light blue.