Jack Dorsey’s long tenure as Chief Executive of Twitter is coming to an end. Having co-founded the microblogging and social networking service with Biz Stone, Evan Williams and Noah Glass in 2006, Dorsey is now passing on responsibility to the current chief technical officer, Parag Agrawal.

“It’s finally time for me to leave” he wrote in a statement, saying the company was “ready to move on.” Dorsey said he had “deep” trust in his replacement, and that he’s “deeply grateful for his skill, heart, and soul. It’s his time to lead.” This isn’t the first time Dorsey has waved goodbye to Twitter – in 2008, he left the role of Twitter chief in 2008 and founded the digital payments app Square, which has too grown into a multi-billion dollar company. However, he returned to Twitter in 2015 following the resignation of then-chief executive Dick Costolo.

This time, however, is likely more final. On Sunday, Dorsey posted a simple, yet significant tweet with the words, “I love Twitter.”

Today, at 3:48PM (GMT), Dorsey tweeted a screenshot of his letter of resignation, closing with the line “PS I’m tweeting this email. My one wish is for Twitter Inc to be the most transparent company in the world. Hi mom!”

not sure anyone has heard but,

Agrawal, Dorsey’s next in line, joined the firm in 2011, and has been the head of technology since 2017. Bret Taylor, an existing Twitter board member and veteran of Google and Salesforce who has been appointed as the new chairman, released the below statement:

“I want to thank Jack for his visionary leadership and unrelenting dedication to Twitter since its founding. Jack has given the world something invaluable and we will continue to carry it forward.” 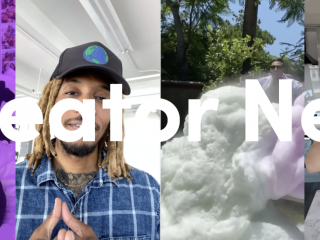