The US Takes Legal Action Against Social Media Giant

Facebook faces an existential threat in the form of twin antitrust lawsuits, one filed by the US government and the other by a coalition of states.

These lawsuits, brought against Facebook on Wednesday, accuse the exceedingly powerful conglomerate corporation of creating a monopoly in the market, in turn exerting its power to intimidate and flatten competitors. Facebook has further been accused of calculatedly shutting out software developers that had the potential to evolve into rivals.

New York Attorney General Letitia James, who is leading the US’s legal battle contends, “for nearly a decade, Facebook has used its dominance and monopoly power to crush smaller rivals and snuff out competition, all at the expense of everyday users.” The Guardian has labelled the situation the “biggest tech battle yet” and compares it to the longstanding lawsuit against Microsoft Corp in 1998.

Facebook’s acquisitions of Instagram and WhatsApp, believed to be part of a ‘buy or bury’ tactic, are the focus of these antitrust lawsuits. Federal regulators assert that these deals should be revoked, whilst Facebook contests that the acquisitions were authorised by regulators years prior to these allegations.

Facebook general counsel Jennifer Newstead stated, “The government now wants a do-over, sending a chilling warning to American business that no sale is ever final.” The company went on to say, “Antitrust laws exist to protect consumers and promote innovation, not to punish successful businesses,” and defended how it had invested millions to skyrocket the popularity of its mini-me apps, Instagram and WhatsApp.

It might be a while before anything changes, but this US legal action against Facebook could potentially transform the social media industry entirely. 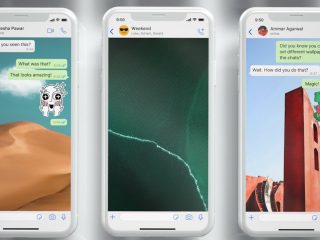