Is there anything Ed Sheeran can’t do? On Friday 25th June, Sheeran performed at his home football ground of Portman Road, Ipswich Town, as part of TikTok’s partnership with UEFA during the Euro 2020 tournament.

Back on home turf for the TikTok UEFA EURO 2020 show tonight. Watch on @tiktok_uk from 9pm bst #BadHabits @tiktok_us pic.twitter.com/U3Txfm6ECj

It was recorded that more than 5.5 million unique viewers tuned in to watch the Shape Of You singer perform an hour-long TikTok livestream.

TikTok announced it was their biggest ever live music performance; Sheeran’s unique viewers surpassed Justin Bieber‘s total of 4 million for his Valentine’s Day livestream in February.

The show had unique and creative inputs, such as special effects, augmented reality and fan favourite TikTokers. Sheeran even had an on-stage mobile phone that he would use to talk to fans directly.

Loved playing for you tonight. Here’s a clip in case you missed it. Tune in again tomorrow at 10am BST / 7pm AEST x #EdTikTokLIVE @tiktok

“The TikTok UEFA 2020 Show was an incredible moment for our community around the world and a turning point for live music streaming… The bar for what is possible within the live streaming format has been creatively raised, and it has been shown how big and ambitious TikTok can be for artists.”

“For Ed, Grumpy Old Management and Atlantic, uniting and reaching their global fan base was imperative for the launch of their new campaign, as well as our close partnership with Paul and the entire TikTok team enabled us to achieve this goal in a uniquely creative way.”

Sheeran and his team kickstarted his comeback campaign in early June with a TikTok video, featuring himself and football icon David Beckham. Sheeran has actively been posting behind the scenes content of his new music and highlights of the live stream performance.

There have been 150 million views of Ed’s TikToks since the beginning of the campaign.

It seems that Sheeran and his team have struck gold with the launch of this TikTok comeback campaign; the star is on the right track for astronomical success once again. 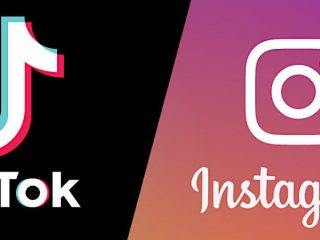 Next Post (n) Clubhouse Blows Up After Android Launch